Sometimes, we find ourselves debating whether Barry Obama is simply incompetent or willfully driving our economy into the toilet.  Naming former North Carolina congressman Mel Watt as director of the Federal Housing Finance Agency has us leaning more toward the latter conclusion.

The 2008 economic crash as caused by a number of things — mostly related to bureaucratic meddling and micromanagement. Dodd-Frank. Giving mortgages guaranteed by the federal government to anyone with a pulse. That kind of stuff.

During his time in Congress, Watt was a consummate race-baiter with a voting record just shy of radical Marxism.  So, you can see why Big Barry was in love with him.  There was a little bit of a ruckus over Watt at his Senate confirmation hearing, but — thanks to Richard Burr — he got approved for his new job.

Watt has come out publicly with his agenda for the home loan industry and it sounds pretty expensive:

In his first big speech as Fannie Mae and Freddie Mac’s new regulator, Mel Watt did everything but solicit subprime loans for the mortgage giants. His easy credit crusade is off and running.

In January, we predicted Watt’s swearing-in as head of the Federal Housing Finance Agency would mark the start of the next housing bubble.

We argued the Congressional Black Caucus’ former head has a soft spot for borrowers who can’t afford homes, that as a Democrat lawmaker he pressured Freddie to lend even to “welfare recipients” in his district. 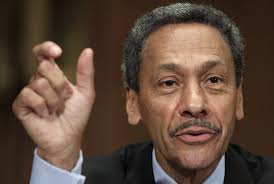 “Expect him to reboot the era of easy credit,” we warned. “Watch him use his control of Freddie and Fannie to return to the recklessly lax policies that caused the mortgage crisis.”

Government regulators created the whole “too big to fail” myth — reducing risk for banks and various Wall Street firms by backing their reckless transactions with taxpayer dollars.  People tend to not be so careful when they’re spending other people’s money.  Things would be different if they did business without that “safety net” in place.  MORE:

Well, his remarks this week at the Brookings Institution signaled he’ll undo the solid work of his predecessor, Edward DeMarco, who locked horns with the White House by tightening credit and winding down the failed agencies, returning them to profitability.

Among other things, Watts will suspend higher lender fees that protect Fannie and Freddie from risk, because he thinks they make loans for low-income borrowers with weak credit too expensive.

He’ll also “relax the payment history requirement” for buy-backs on defective mortgages “by allowing two delinquent payments in the first 36 months after” Fannie or Freddie buys a mortgage from a lender.

The moves lay the groundwork for relaxed credit standards. Too-rigid standards, he says, “undermine the goal of improving access to mortgage credit.”

The program calls for “greater” debt forgiveness for delinquent borrowers and giving “community organizations” a cut on foreclosed properties. 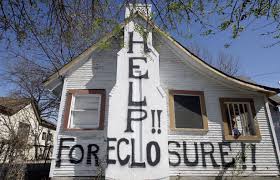 Watt also said he’s working on a total revamp of Fannie and Freddie underwriting standards, along with new “Affordable Housing Goals,” the subprime quotas that sank the agencies and sped the mortgage crisis.

In spite of what Obama’s media stenographers have reported, the administration did not tighten mortgage standards. The truth is, the new mortgage rules waived minimum down payment and credit scores, the two most important predictors of loan defaults.

They set only a weak debt-to-income ratio, one that Watt says he’ll waive. Because of their size and power to repurchase mortgages from originators, Fannie and Freddie set standards for the entire mortgage industry.

Slackening lending standards were some of the early warning signs of the subprime crisis.

With Watt effectively controlling Fannie and Freddie, the system is blinking red again.

3 thoughts on “BarryO & Mel Watt: Co-pilots in our descent toward another mortgage crisis”