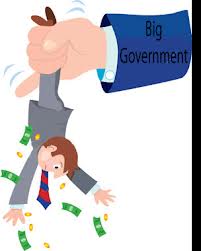 John Drescher’s pet shih-tzu sat in on a legislative tax committee hearing for us yesterday. (Better him than us.) There were a few newsworthy items that came out of what I’m sure was quite a sleep-inducing event:

[…] The panel gathered to hear House bill 1050, an omnibus tax measure that features three major provisions likely to generate controversy and appears a leadership priority. House GOP whip Mike Hager made the rounds during the meeting talking to key members.

In the end, an amended version passed along mostly partisan lines and now moves to the full House.

The bill originally was scheduled for a vote Monday, but the speaker’s office pulled back, leaving the timing indefinite. The House will meet at 4 p.m. Monday but won’t take any votes.

The main obstacle in the bill is a provision capping local privilege taxes on business at $100 – a move that would cost local governments across the state between $11.4 million and $24.6 million combined.

“It’s something that is definitely hurting economic development inside the cities,” said Rep. Julia Howard, the Republican committee chairwoman and bill sponsor.

Opponents pushed back, saying it could hurt local governments’ ability to provide services. “That’s a substantial hit in addition to loss of revenue based on economic downturn that the city has already felt,” said Rep. Susi Hamilton, a Wilmington Democrat.

We’ve got no problem with this.  In a time of economic turmoil, anything government can do to

reduce or to remove financial and regulatory burdens on businesses is very welcome. MORE:

[…] But moments later, when an amendment addressing the e-cigarette tax in the bill came to a vote, Hamilton was nowhere to be found.

Rep. Becky Carney, a fellow Democrat, put forward an amendment to remove a section of the bill that imposes a modest tax on e-cigarettes or vapor products. She said the bill reclassifies them as a non-tobacco product, a move that could limit the ability to regulate them in the future. Carney from Charlotte wants e-cigarettes to be considered as a separate bill and opposes taking any action until the FDA finalizes its regulation of them.

Put to a vote, it met a rare tie – 14-14 – with some Republicans backing the Democratic amendment. Hamilton entered the room after the vote. She asked to vote in favor of the amendment, which would have stripped that section of the bill, but it was too late, the Republican committee leaders ruled.[…]

So, we have some of the Republican super-majority joining with Democrat members to implement a new tax? Why are we doing this?  Well, it probably has something to do with the tobacco industry seeking a leveling of the playing field with an up-and-coming industry that is filtering customers away from it.  Is it the duty of our state government to take action to benefit the strategic business plans of major campaign contributors? We say NO.

The next amendment did pass by an overwhelming vote. It stripped from the bill a section that would modify how corporations located in multiple states are taxed, a measure pushed by top Senate Republicans. But the bill would cut state revenues by $91 million over four years at a time when lawmakers are trying to scrape together pennies for a teacher pay raise.

House Republican leader Edgar Starnes objected to the provision and pushed the amendment to remove it from the bill.

“I think it’s not prudent for us to take additional revenue off the table at this time,” he said. “This is not just a technical change. This is a major change in tax policy that deserves a bigger discussion than we have time for in this room today.” […]

So, the conservative revolution is not looking into government overreach or fiscal responsibility.  It appears the leadership is most interested in keeping the beast fed. FAT and HAPPY.

The lowering of tax rates has produced higher revenues time and again.  (See the Reagan and G.W. Bush eras in DC.)  Why is the revolution seeking to squeeze more revenue out of its already tightly-squeezed taxpayers? Is Starnes telling us that there is NOTHING that can be cut — fat, waste, inefficiencies —  from the state budget?

Where is the talk of putting more money back into the private sector and letting the free market work its magic?  It’s not there — in all likelihood — because it is so gosh darn much fun to have your hands in other people’s wallets and lives.