Since 1980, there have been only THREE presidential elections where there was NO incumbent — 1988, 2000, and 2008.  In 1988, Richard Gephardt won Iowa. Mike Dukakis won New Hampshire.  Dukakis ended up with the party’s nod for November. That same year, on the GOP side, Bob Dole won Iowa while George  H.W. Bush took New Hampshire.  So, Iowa wasn’t so good that year.  But New Hampshire was right on the money.

In 2008, Barry Obama and Mike Huckabee won Iowa.  So, the Hawkeye State ended up picking HALF of November’s equation.  New Hampshire went to Hillary Clinton and John McCain. So, New Hampshire got November half-right, as well. 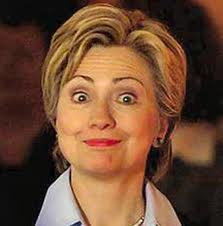 Here are some interesting numbers regarding New Hampshire that were compiled by Fox News: 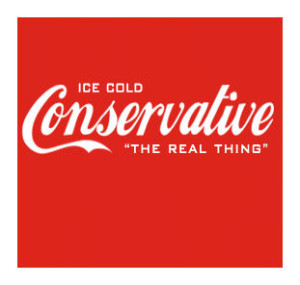 In New Hampshire, your total spending was inversely proportional to how you ended up finishing.  (Carly Fiorina was the exception. She was second-to-last in total spending, but finished LAST.)

Polling found that FIFTY PERCENT of New Hampshire Republicans felt betrayed by their leaders in Washington.  (Want to bet there are numbers higher than THAT in other states?)

Exit polls show that the number of New Hampshire voters calling themselves “very conservative” was up dramatically, while more and more independents and unaffiliateds went Democrat.

The Romney-like wet noodles are under-performing this year.   In Iowa, 90 percent of the GOP vote went to candidates positioning themselves as out-and-out conservatives. (Cruz, Trump, Carson, Paul, and Rubio.)  NINETY PERCENT.  Trump and Cruz alone accounted for 52 percent of the total vote.

In New Hampshire, SIXTY-TWO percent of the total GOP vote went to candidates positioning themselves as conservatives (Trump, Cruz, Rubio, Paul, Carson). Trump and Cruz together accounted for 48 percent of the vote.

So, what are we learning?  First, all of that hogwash coming from the drive-bys and the Karl Rove wannabes about the need to tone down the rhetoric isn’t selling.  People are angry and they want to see some drastic change.

bo of Trump and Cruz appears to be working with primary voters.  Hopefully, those two can make nice and, possibly, work something out if it comes down to them at the end of all this.

In the end, despite all of the talk of increasing the impact of our state’s primary, it looks like we won’t have much of an impact.  The geniuses at the state GOP moved us up to March, which allowed for the primary to go from winner-take-all to proportional distribution of delegates.  Candidates tend to campaign more aggressively in winner-take-all states.  Surely, this was done as part of a national effort by the GOPe to water down the Trump and Cruz juggernauts.

Hillary’s struggle on the Democrat side against a guy who’s so far left that he won’t Identify as a Democrat is scaring her supporters in the media and DC.  But what are the fallback options if Ms. Rodham-Clinton implodes?  Joe Biden, who was declared morally unfit in 1988 to be president?

A geriatric socialist. A screeching dishonest crone.  and JOE BIDEN.  What a choice for Democrats in the waning days of their Messiah’s reign in DC.

8 thoughts on “#ncpol: Two down, a zillion to go. WHAT we’ve learned so far.”