Are you a Carrie, Miranda or Samantha?  A Thom, Dick or Debbie?  (Inquiring minds WANT to know.)

There are all kinds of serious issues facing the country.  But here we are in 2016 discussing North Carolina’s 1995 debate on a sex offender registry.

Team Burr likely wants to avoid discussion of his voting record and his stands on the issues.  In all likelihood, those details would end up looking WAY TOO similar to the platform of challenger Deborah Ross.

Instead of focusing on an issue that has nothing to do with his service in the Senate, I’d like Richard Burr to give us an honest to goodness reason to reelect him.  (Other than to keep lining the pockets of certain very specific cronies.)  I’d like to know WHY fighting the implementation of ObamaCare was “the worst idea he’d ever heard.”

I’d like to know WHY he campaigned as a conservative, but has racked up one of the most liberal voting records among Senate Republicans.   Burr’s most recent conservative ra

Well, the National Republican Senatorial Committee and Team Burr are smacking Ross around now for allegedly opposing a state sex offender registry while she was a lobbyist for the ACLU and a state legislator.  Ross countered that she did not oppose the concept of a registry, but had issues with the details of the legislation.

Here’s the original bill at the heart of the matter.  Here’s an analysis from NC State. 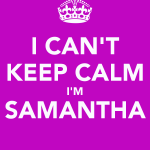 North Carolina’s law has a time limit on registration — ten years.  It also requires you to report to law enforcement whenever you move from your home base.  It’s kind of like your typical gun registration laws — they work with honest people.

You also have the problem of teenagers getting scarred for life by these laws.  Teenage sweethearts decide to go to ”second base” or beyond and end up permanently branded as criminals.  Here’s a case from Indiana where a 19 year old hooked up with a girl who lied and made him believe she was 17 (actually turned out to be 14).    Despite pleas for mercy for the boy from the girl and her mother, the judge sentenced the boy to jail and made him register as a sex offender for 25 years. He can’t: speak to anyone under 17, live near a school, or even visit his family home (where a minor sibling currently lives).

Here’s another case from Texas.  A 19 year old guy was dating a 16 year old girl. Her mother found out they had sex.  She reported them to the police — thinking the guy would get a warning.  Instead, the guy got branded FOR LIFE as a registered sex offender.  He’s on a publicly-available registry.  (For the record, the guy and the girl are now married with kids.)

The clamor for sex offender registries — like many drug and drunk driving laws — start off with good intentions but end up with some negative unintended consequences.  (People more in need of drug or alcohol abuse treatment end up in prison.)

Don’t get me wrong.  It’s good to get the word out about the dangers to kids.  But the concept of these registries is not as perfect and no-brainer as so many want you to think.