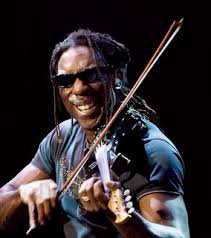 Gene Nichol gets paid six figures of our money PER YEAR for what appears to be no more than writing a bunch of angry hard-left op-eds for The N&O.   He makes it a point of IDing himself as The Boyd Tinsley Distinguished Professor of Law and the UNC Law School.

WHO is Boyd Tinsley, you ask?  He is the violinist — yes, the violinist — for The Dave Matthews Band.  * THAT has a lot to do with the practice of law.*   OH, and here is a nice shot of ol’ Boyd smooching with Mr. Matthews himself at a concert in front of thousands of people.  Now, THAT’S, um distinguished.

Meanwhile, the leftist troglodytes on- and off-campus are going bat-feces crazy over The Koch Brothers — dunh, dunh, dunh (*scary music interlude) — funding a “Center for the Study of Free Enterprise”  at Western Carolina University.  An amazing amount of butt-hurt we’re talking about here.  One of the loudest screamers  has been Rob “Scowly” Schofield — Ernie to Chris “Blinky” Fitzsimon’s Bert.

There’s also a mighty healthy heap of butt-hurt on the left about the UNC School of Environmental Law receiving funding from Duke Energy.  Apparently, there is a mucho concern-o regarding potential bias when it comes to issues related to energy companies. 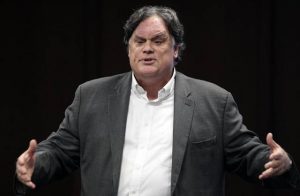 Lefties — in complaining about these two — are also allegedly concerned about wasting taxpayer money and there not being much in the way of peer review.  But we have NO problem apparently with taking money from The Dave Matthews Band to fund a “professorship” whose work-product appears to be little more than angry Marxist screeds in a paper nobody reads.

Don’t let them fool you.  It’s not about concern for taxpayer money or the quality of education for the kids.  The tenured ones have a nice scam.  They get paid big bucks — courtesy of us — to do very little work.  They have a captive audience to brainwash, and they are not interested in allowing the little skulls of mush hear anything to the contrary of their “gospel.”

3 thoughts on “WHY is it OK for Dave Matthews Band to get a UNC professor, but not for the Koch Brothers?”