Apparently, Elaine Marshall’s office thinks I am a presidential elector.  (One of the secretary of state’s duties is to oversee our state’s participation in The Electoral College. )  I’m getting email from those folks:

[…] Sent: Wed, Nov 23, 2016 3:25 pm
Subject: The Secretary of State has received the attached letters addressed to the electors

We have received the enclosed letters addressed to “the electors c/o North Carolina Department of State”. I am, therefore, forwarding them to you, as one of the North Carolina electors.

Please note: My email address has changed to awall@sosnc.gov. Please update your records.

E-mail correspondence to and from this sender may be subject to the North Carolina Public Records Law and may be disclosed to third parties.[…]

Hmm. What’s the precedent for forwarding correspondence from third parties to our presidential electors? Click  HERE

and HERE  to see what got forwarded to the electors.

In case you were sleeping during civics class, or the evening of November 8th, Donald Trump won North Carolina and therefore won our electoral votes.  WHY pray tell, is a duly-elected constitutional officer of our state government being so helpful to leftists seeking to subvert a system that has worked so well for our country for most of its existence?

That’s what at least one other presidential elector wanted wanted to know: 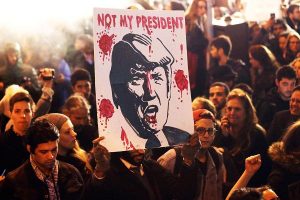 I noticed that Ann Wall (North Carolina Secretary of State, Elaine Marshall’s legal counsel) does not bother to Blind CC the email addresses of the electors, as is shown by her e-mail attached below.

Is it possible this is how our e-mails were released to the folks who are asking us to vote for Mrs. Clinton?

Here’s another chiming in:

From: David Speight
To: Mark Delk
Sent: Thu, Nov 24, 2016 4:12 am
Subject: Re: The Secretary of State has received the attached letters addressed to the electors 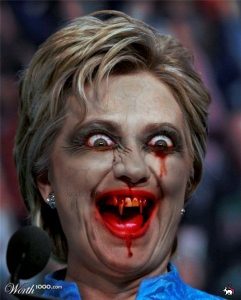 From: “Mark Delk”
Date: Nov 24, 2016 10:06 AM
Subject: Have we notified the alternates? Marshall’s participation in the Faithless Electors movement.
To:
Cc:

I think David raises a very good point. I too am concerned by Miss Wall’s encouragement or assistance of Clinton supporters in their quest to cause havoc in our party. It is difficult for me to forget that Mrs. Marshall ran for U.S. Senate in 2010 against Senator Burr and received the backing of the Clinton family. Unlike you I do not have a great deal of faith in Mrs. Marshall.

Related to these request that we violate our oath I have the following concerns: 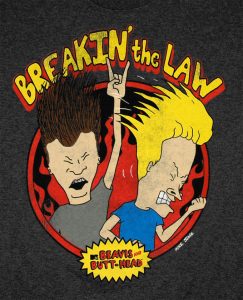 r if we vote for someone other than our party’s candidate and that any failure to vote for the nominee of our party constitutes a resignation.

I think the relevant language is “In addition to such forfeiture, refusal or failure to vote for the candidates of the political party which nominated such elector shall constitute a resignation from the office of elector, his vote shall not be recorded, and the remaining electors shall forthwith fill such vacancy as hereinbefore provided.” (emphasis added.)

NCGS 163-1C provides ” One presidential elector shall be nominated from each congressional district and two from the state-at-large, and in addition, the State convention of each party and the unaffiliated candidate shall each nominate first and second alternate electors who shall serve if their slate is elected as provided by G.S. 163-209 and if there is a vacancy as provided by G.S. 163-210.” (emphasis added.)

NCGS 163-210 further provides “In case of the absence, ineligibility or resignation of any elector chosen, or if the proper number of electors shall for any cause be deficient, the first and second

alternates, respectively, who were nominated under G.S. 163-1(c), shall fill the first two vacancies.” (emphasis added.) If there are more than two vacancies or resignations we the remaining electors choose replacements.

Given this provision I was puzzled by my friend Marcus Kindley had not been notified of the Elector’s Meeting. My understanding is that he was elected as one of the alternates required by NCGS 163-1(c).

I know we had a lot of turmoil in and around January of this year but I hope we don’t forget people like Marcus who have been very faithful Republicans. These people are the heart and soul of the NCGOP. They often do things for the party that go in-noticed but which help the party in it’s mission greatly.

If you have not done so already. Please notify the alternates. An apology from NCGOP Leadership for the oversight might help as well.

Your continued assistance to determine whether Mrs Marshall or her staff has/have leaked our confidential information would also be appreciated.

Thank you for your assistance in these matters.

The people of Harnett County in 1994 determined Elaine Marshall was too liberal and wacky to represent them in the NC Senate.  In 2010, she was determined to be too wacko to represent us in the US Senate.  Yet, somehow, it’s A-OKAY to let her roost in one of our state’s most important constitutional offices.

In 2012, Ol’ Elaine was showing a whole lotta love to George Soros’s Occupy Wall Street.  In  2016, she got caught ignoring state law about illegal immigrants.

At some point, we’re going to find the tipping point with this loon.