Two of the more interesting races in May will be GOP congressional primaries involving candidates managed by uber-consultant Paul Shumaker.  Shumaker is known for his cookie-cutter approach to campaign management.  And it shows in his guidance of the campaigns of his clients, Robert Pittenger in the 9th district, and Indian casino lobbyist Scott Dacey in the 3rd.

Shumaker has both men attaching themselves at the pelvis to the 45th president. Pittenger has been running ads trumpeting his love for Trump and attacking his rival, pastor Mark Harris, as an anti-Trump liberal infidel.   Dacey has gone as far as setting up a website called DaceyTrump.com to 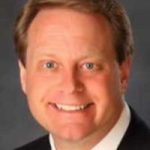 show his love for The Donald.

But how deep IS that alleged love for The Donald?  We’ve  had a hard time finding any campaign contributions from Dacey to Trump.  (And we know Dacey loves to throw the campaign cash around on both sides of the political aisle.)

And then there’s THIS — a cable access show from Dacey’s home county of Craven.  Dacey was a panelist on this McLaughlin Group-lite production filmed on the Friday following Trump’s slaying of the Hilla-beast.  Click and watch if you like,  but here are are a few highlights: