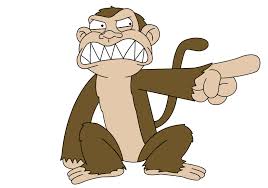 Those scaredy-cats just don’t give up, do they?

The state Senate has overridden Gov. Pat’s veto of H405 — The Property Protection Act.  Opponents — including the guv — attacked it as limiting whistleblowers.  Proponents said it was necessary to help protect employers from espionage and sabotage by various activists and interest groups.

The House joined the Senate in the override of H405.    Things are still looking a little iffy in the House about completing the override of McCrory’s veto on the bill giving magistrates a religious exemption on gay marriage.  One well-placed House mole tells me:

“They still don’t have the votes.  They are hoping to move when Democrat attendance is down so it takes fewer votes to override the veto.”

Another House mole expressed his frustration on a related matter:

“Your readers in Mecklenburg County need to take special note of Charles Jeter. Not exactly a profile in courage.  This guy promises in caucus that he’s on board to vote to override the governor’s veto.  Then, when it comes time to vote, you can’t find him.  Literally.”

2 thoughts on “#ncga You SIR, have been OVER-ridden!”