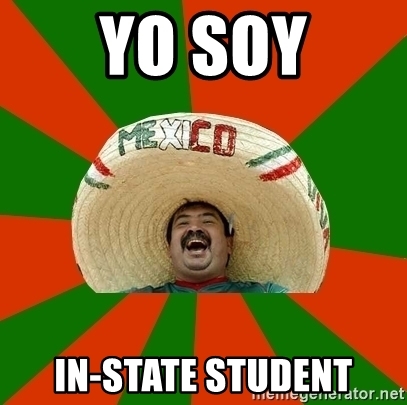 It’s now in the House.  In case you didn’t realize,  non-US citizens living here in the US cannot be blocked from attending public schools.  Under this bill, graduating from a public school in North Carolina will give them smooth sailing toward obtaining in-state tuition rates for college in  North Carolina.

Statists are breaking their necks at the national level to cheapen the value of US citizenship.  And now they’re doing it here in North Carolina with North Carolina residency.   Remember, this is happening in a legislature with Republican majorities in BOTH chambers.

I’ll say it again — It makes NO difference which party has a majority on Jones Street.  You have two influence-peddling cartels competing for lobbyist dollars while kicking our best interests to the curb.  If we’re going to save our state, we’re going to have to fumigate.  AND start all over from scratch.  There’s just too much corruption to fix with a couple of elections.

5 thoughts on “#ncga: IN-state tuition for illegals via the back door?”