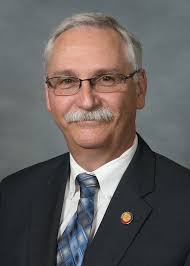 State Rep. Allen McNeill (R), who represents Randolph County and parts of Moore County, has an opponent on the November ballot.  He’s gladly running under the GOP banner, but has had little to nothing to do with actual conservatism during his time in Raleigh.

The National Rifle Association gave him a grade of C+ on 2nd Amendment issues, and declined to endorse him (a rarity for that group which seems to LOVE Republican incumbents).   Lee Zachary, District 73, was the only Republican to rank (C) lower than McNeill. McNeill actually TIED with Democrats Marvin Lucas, District 43 and Howard Hunter, District 5.

*That (R) next to someone’s name sure doesn’t guarantee conservative votes.*

One thought on “#ncga: Allen McNeill and a report card full of Cs, Ds, and Fs”