You can tell when Raleigh starts feeling the heat on something.  They tend to dispatch underlings bearing emails 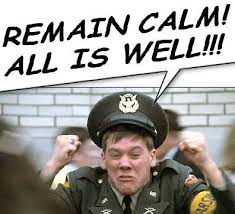 to calm the peons outside the beltline.  And we happen to have a great example of that here today.  State Rep. David Lewis — a top henchman to speaker Tim Moore — has taken to email to explain to all of us why affadavits are a good thing:

Beginning in 2016 an individual who wishes to cast their ballot, on election day, must present, a NC Department of Motor Vehicles Photo ID, a US Passport, US Military ID, US Veteran’s Administration Card or Tribal ID Card (all with pictures).  This is the current law as it stands.

This is a good system that ensures voters are who they claim to be.

However, there is no such thing as a perfect system.

As one who has fought to pass voter ID laws for over a decade, I have always maintained that Republicans want all citizens to be able to exercise their full Constitutional rights.  We want everyone to have equal and open access to an elections system that operates as openly and fairly as possible.

I have said many times that we want everyone who is eligible to vote, to vote one time, and that those votes, cumulatively will determine who wins and who loses elections.

There has been considerable angst, yesterday and today, over claims we have weakened our voter ID laws.

I reject that claim.

Let me start with an example of the kind of inevitable situation that will almost certainly arise in 2016 and in every election thereafter.

Let’s say loyal voter David Lewis takes his family to lunch at the Western Steer in Dunn on Sunday before the Tuesday, November 8, 2016 General Election. Somehow between listening to his kids argue over how many trips to the dessert bar they can make and cleaning up the unavoidable spilled drink or two, he loses his wallet.

David does not have a US Passport or any other federally issued ID.

Because the only ID David has is lost, he would not be able to vote on Tuesday as he’s done every year since turning 18.

It is reasonable that some provision be made so that David can exercise his right to vote.

Seriously?  It takes next to no time to replace a lost or stolen driver license.  Next?

Under that adjustment to the voter ID statute passed Thursday, David would be able to go to the polling site and do the following:

Let me give you another example.

Okay.  Let’s say I get stopped by a cop while driving down the road.  My license expired last week.  Or better yet — I don’t have my license.  Does the officer let me keep going down the road?  Or does he give me a citation that requires a court visit, and force me to call someone to drive me away? Or does he take me in for booking?  Driving is not mentioned in The Constitution, but voting IS.  Why are we so much more gung-ho about guarding the driving privilege?

[…] Let’s say David’s birthday happens to fall on the Saturday before the Tuesday election.  His ID would have been “current” during the early voting time.  However, it’s only after he shows up at the polls on Tuesday that he learns his license has expired.  Under current law, David would not get to vote.

Imagine.  He has a NCDL that has expired a few days before.  He’s been busy and not really thinking about it.  He would not be able to vote.

I don’t know about Affa-David’s license, but mine has an expiration date on it.  Like the milk at Food Lion. And, again, a license can be renewed or replaced typically within an hour or two’s time.

We’ve already got a boatload of early voting time.  If you are unaware of your license’s expiration date, and wait until the very last minute to vote — there is only so much hand-holding we as a society should have to do for you.  Perhaps you are not responsible enough to be voting. 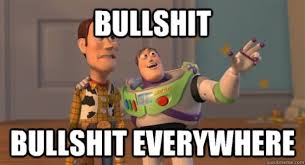 Is it not reasonable that the right to vote is more important than simply forgetting to renew his license?

Should safeguarding our sacred voting rights actually be trumped by convenience?

And, let me share with you another example.  Despite the two years of roll out and education of voters on ID requirements in 2016, all the outreach and help offered to get an ID to those that need one, while even bearing the cost to provide it free, it is possible a registered voter will fall through the cracks and simply not have one.

* It’s possible for a really unfunny former SNL cast member to get elected to the US Senate.*

WHO goes through life with absolutely NO method for proving absolutely who they are?

Turning away a valid voter at the poll is unjust.  Allowing voters to game the system is unjust.  We’ve tried to strike a balance – improve the real and perceived integrity of the system while NOT stopping valid, registered voters from voting.

Before I got old and grey,  a bartender actually refused to serve me a drink — because I forgot my ID.  The law says I can buy an adult beverage if I am over 21 years of age.  I had no way of proving that I was — beyond a reasonable doubt.  Are we really taking the enforcement of our ABC laws more seriously than protecting the integrity of our elections? 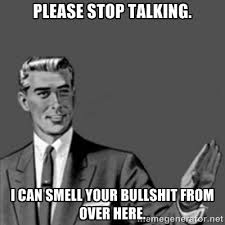 It is important to just please remember these quick points:

Because NC has a very high standard of what photo IDs we will accept (NCDMV Issued or Federal passport, military photo id) and we do not accept some forms of ID accepted in other states such as college IDs, we provided a failsafe – just in case – someone gets to the Poll and legitimately does not have their ID.

The State Board, DMV, political parties, and other groups are working hard to make sure North Carolinas get their required ID.  But, just in case, an individual can present himself/herself at the polling site, provide his/her name AND address AND last four of his/her social AND birthdate AND sign under penalty of perjury that they are who they say they are. The individual would be allowed to complete a provisional ballot. This ballot must then be sent to the County Board of Elections. The County Board of Elections will then verify the ballot using the same system it uses to handle absentee ballots.

I would argue that this failsafe process creates the most foolproof way to prevent voter fraud because individuals must show up to a polling place and claim to be who they say they are, provide the correct identifying information and STILL have the County BoE verify it all BEFORE the provisional ballot can be counted.

And, the State Board will, after the election, follow up with those people and help them get an ID if needed. 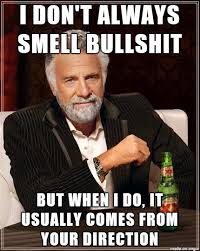 Please know South Carolina also has a reasonable impediment statute and has had it the entire time it has had photo voter ID.  In 2014, 1.1 million South Carolinians voted, and only 119 used this procedure.  That is 1 out of every 10,000 votes cast.

I’ll be happy to answer questions.

The following is a piece written by the John Locke foundation and below is a release sent out by Speaker Moore’s Office.

I appreciate your time and wish you a great weekend.

Ah, a defense of this by the John Locke Foundation.  The same group that has issued an internal directive that there will be NO criticism of General Assembly leadership while the GOP is in charge?

If this move was so legit — why was it done at the last minute, behind closed doors, with no real debate?

Methinks this is kind of like that vote on driver licenses for illegals — a deal / move to encourage Democrats and RINOs to vote for leadership’s odious budget.

15 thoughts on “#ncga: Affa-David Lewis says ‘ALL is well’ with voter ID”