It’s regularly done for his House compatriot Larry Pittman.  Now, one has magically come out of the woodwork for conservative

A Republican primary shaping up for 2018 would pit two retired Marines from New Bern against each other – including Rep. Michael Speciale, a legislative lightning rod.

The challenger, Eric Queen, 41, holds views in line with most Republicans. He supports voter ID and small government and opposes abortion.

But Queen says voters will see clear differences between him and Speciale, a three-term NC House incumbent.

Speciale sponsors bills that attract a lot of public attention but don’t get much support in the legislature.

He sponsored a bill this year that sought to repeal the part of the state constitution that prohibits secession. He was one of four House sponsors on a bill this year that would have once again made gay marriage illegal in the state, in defiance of a U.S. Supreme Court ruling. As the bill made national news, House Speaker Tim Moore said it would not be considered. 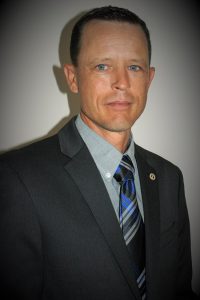 Queen said he does not agree with the secession amendment or the effort to defy a Supreme Court ruling.

“I believe in a traditional family,” Queen said. “I also believe in the Constitution. When the state is going to ignore the Supreme Court – I don’t know where you’re going with that.”[…]

(At different points in history, The Supreme Court ruled that (1) blacks ARE property, and (2) separate but equal is A-OKAY. Would Mr. Queen have defended those decrees by our high court?)

Hmmm. This guy wants to represent you in Raleigh, but leave the big decisions to the guys and gals in the black robes.

The last time I checked, The Supreme Court was all about interpreting legislation passed by our legislative bodies. Our Founding documents allow the legislative and executive branches to place some limits on its power.  The Court is not a law-making, legislative entity.  Too many of the folks we have elected to make laws have ceded that authority to the folks in the black robes.

[…] Speciale did not return a message left at his home.

Speciale represents a district that includes Pamlico County and parts of Beaufort and Craven counties. He has drawn attention for his commentary on social media, including criticizing the Jan. 21 Women’s March protests as “a joke.” […]

That stuff was controversial mainly to the snowflakes who inhabit McClatchy’s rapidly-dwindling North Carolina newsrooms.

[…] It tends to be hard for challengers to win primaries. Incumbents have better name recognition and their campaigns often have more money.

Rep. Larry Pittman, a Republican from Concord who has worked with Speciale on many controversial bills, handily defeated an attorney who ran against him in the 2016 GOP primary. 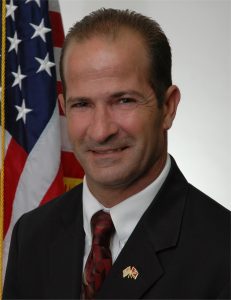 Queen said he considered running for local office but decided to seek the House seat as he and his wife talked about his options.

He wants voters to have a primary choice, and he’s banking on voters agreeing with his view of the Constitution.

“You might not agree with me,” he said, “but the Constitution protects your beliefs as much as it protects mine.”[…]

Debate within the parties is all fine and dandy.  We encourage it all the time right here on this site. But this guy — judging from his web site and public comments — does not appear to be very familiar with the US or North Carolina constitutions, the action in Raleigh, nor Mike Speciale himself.

Mike Speciale and Larry Pittman have long been lonely voices in the wilderness in Raleigh.  Speciale has been a rock-ribbed warrior for The Second Amendment, low taxes and smaller government.  People like Speciale and Pittman have stood strong on principle while so many others — in both parties — have sold their votes to the lobbyist who writes the biggest check.

There are a lot of people in Raleigh and DC who need to lose their jobs in 2018.  Mike Speciale is NOT one of them.