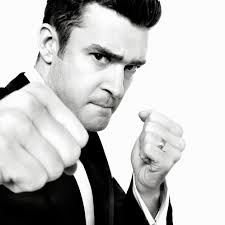 If you were in DC in late February — and had $1000 burning a hole in your pocket — you could have enjoyed the musical offerings of Justin Timberlake while in the company of rookie congressman Richard Hudson.    According to the invitation, all RSVPs would have to be sent to Ashlee Reid Morehouse, a DC-based fundraising consultant.

It’s understandable that Hudson would hire Morehouse.  He was a guest at her 2009 wedding in Dallas, Texas.

But in 2011, Morehouse was interviewed by the House Ethics Committee regarding allegations of influence-peddling surrounding the debate and vote on HR 4173 a/k/a “Wall Street Reform and Consumer Protection Act of 2009” or “Dodd-Frank.”   Congressmen John Campbell (R-CA), Tom Price (R-GA), and Joseph Crowley (D-NY) were the focus of the Ethics Committee probe.  From reading the documentation, it appears Morehouse was the fundraising consultant for Price.

Here is the gist of what the Office of Congressional Ethics OCE was looking at:

On September 1, 2010, the Office of Congressional Ethics (OCE) transmitted to the
House Committee on Ethics (Committee) (formerly known as the Committee on Standards of
Official Conduct) Reports and Findings for two matters in which it recommended further review,
concerning Representatives John Campbell and Tom Price.

On November 3, 2010, after the federal election, OCE transmitted to the Committee a Report and Findings in one other matter,
concerning Representative Joseph Crowley, for which it recommended further review.

In all three matters, OCE alleged that the Members’ fundraising activities near the time
that the House voted on H.R. 4173 (Wall Street Reform and Consumer Protection Act of 2009)
in December 2009 gave the appearance that special treatment or access was provided to
campaign donors, or gave the appearance that campaign contributions were linked to an official
act. […]

The official committee report’s footnotes indicate that Morehouse was interviewed extensively throughout the probe.  In the end, The House Ethics Committee described the timing of campaign contributions and the official actions of the Members in question as happenstance or pure coincidence.  * Nothing to see here.*  The Sunlight Foundation — a private group devoted to governmental transparency — was not as forgiving:

[…T]he House was debating the merits of Lynch amendment, which would have prevented any one bank from owning more than 20 percent of derivatives’ clearinghouses. The measure was opposed by big banks. Price, a Republican member of the Financial Services Committee, took to the floor to argue against the amendment because “the people who know about the issue of trading in these areas” were opposed to it. He cited the opposition of the Securities Industry and Financial Markets Association (SIFMA), the American Bankers Assocation Securities Association and NYSE EuroNext.

That afternoon, a few hours before Price argued against the Lynch amendment, lobbyists from Bank of America and Morgan Stanley, two of the five banks that control most of the over-the-counter derivatives market, attended Price’s “Financial Services Industry” luncheon; the banks’ PACs contributed $1,000 around that time. Bank associations, including the Investment Company Institute and the Financial Services Roundtable also attended. A SIFMA lobbyist was on the attendance list but did not attend, according to the report.

Later that evening, the amendment passed despite the votes of Crowley, Price and Campbell.[…]

This story got me thinking about the allegations and other information contained in Peter Schweitzer’s great book “Extortion.’‘  Schweitzer’s book points out how many Members of Congress have turned lawmaking into a get-rich-quick scheme — often shaking down both sides of every issue that comes up for debate in front of Congress.