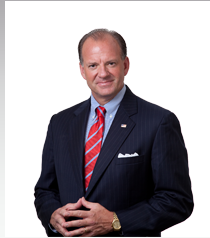 That is the hottest scoop circulating through top-tier GOP circles in the state.  I heard it first-hand from a source whose title includes the word “honorable” today:

“Jim’s name comes up a lot in stuff like this.  But I have heard this latest story, in detail, from at least a half dozen connected sources across the state.  As you know, there is some conservative discomfort with Pat McCrory.  Jim is highly-regarded within conservative circles in our state.  He’s an incredible success story who could easily self-fund a competitive effort against McCrory.  Jim could cut himself a five million dollar check to start a campaign, and not even miss it.  That’s practically pocket-change for him.”

So, has anybody asked Cain directly about a gubernatorial run?  My source says he, and some others have:

So, who is Jim Cain?  He is a native of High Point who earned his undergrad and law degrees from Wake Forest. Cain served as president and COO of The NHL’s Carolina Hurricanes from 200-2002.  President George W, Bush tapped him as ambassador to Denmark in 2005. Cain was a key fundraiser for Bush-Cheney 2004, and was President Bush’s personal emissary to the inauguration of the president of The Phillipines in 2004. He represented North Carolina on the Republican National Committee from 2003-2005.

So what about the rumors of a primary challenge for McCrory from Lt. Gov Dan Forest?  Here’s my source’s take:

“As much as I, and many others would like to see it happen, Dan will not run against McCrory.  He won’t run for governor without Pat’s blessing.  It’s a shame, because Pat McCrory didn’t do anything for Dan in the 2012 campaign.  Dan’s a loyal guy.”

Interesting stuff.  Let’s see if this leads to anything solid.

9 thoughts on “Jim Cain for Governor?”