Thanksgiving is a joyous time.  You get together with family and friends, and do a lot of thinking about what you’re grateful for.  You eat some great food.  Watch some football. Sounds pretty pleasant, huh?

Raleigh-based, WRAL-subsidized leftist  Chris Fitzsimon — fresh off his acting gigs in The Lord of The Rings series, stealing presents from Whoville,  and blinking Morse code messages of hate and intolerance at me on Tom Campbell’s TV show each week — has some real anger issues about one of the happiest times of the year.   Chris and his comrades published a, um. “helpful” primer about how to be a complete commie a-hole and ruin your family’s Thanksgiving festivities.

Chris also thinks most of us are full-of-it hypocrites about Thanksgiving and the holiday season in general:

The holiday season is upon us and that means another annual event is here again too, the once-a-year appeal by political leaders to help the same low-income people their policies ignore or punish the rest of the year.

You’ve probably seen the request from a politician, asking you to donate generously to your local rescue mission, food pantry, emergency shelter or medical clinic. And you should. They do incredible work to help children and families who are struggling to survive.

But there’s a disconnect somehow in the holiday message and the rhetoric we hear from many political leaders and right-wing pundits the rest of the time. Low-income families and unemployed workers don’t fare so well in their press releases and talking points then.

Instead they are portrayed as lazy, people who are living off the government, who aren’t looking hard enough to find a job.

They are “takers” we are told, the 47 percent that Mitt Romney so famously derided in the 2012 presidential campaign.

Derided?  By no means are we the Mitt fan club here.  But Romney was smeared for citing a fact lefties like Chris don’t like to mention:

Roughly half of Americans don’t pay any taxes but benefit quite a bit from government’s redistribution of that wealth.   *If you don’t parrot the leftist narrative, you’re ignorant, or racist, or a hater, or, um, something.*  MORE:

They need to help themselves, pull themselves up by their bootstraps. Those are the clichés and the stereotypes we hear about the poor and the unemployed in Raleigh and Washington, that helping people who are struggling only breeds dependence and makes them less likely to do what they need to do to lift themselves out of poverty.

And it goes beyond legitimate questions about the effectiveness of specific anti-poverty programs. It’s somehow become acceptable in the current political debate to blame people for their struggles, to question their character.

WHO does THAT?  Mostly, I hear people like Chris questioning the character of people who dare to own a business, champion the free market, or — *gasp* — register Republican.

Then Thanksgiving rolls around and we’re told that the same people deserve our help and support. Maybe it’s holiday guilt. More likely it is cynical politics that creates this month of compassionate talk from late November until the end of the year.

But people are hungry all year long. One in five households in North Carolina has trouble affording enough food to eat sometime during the year. That is the fifth highest food insecurity rate in the country.

One in four children in North Carolina lives in poverty. There are 358,000 families living below the poverty line and in half of them at least one adult has a full-time job and still can’t make ends meet.

Never mind that Americans are — HANDS DOWN — the most generous, charitable people in the world. Never mind that — when disaster strikes — the first people you see jumping in to help are those Republican-voting church people.  (Even WRAL boss Jim Goodmon — the king of limousine liberals — is quite the charitable soul. He pays Chris.) 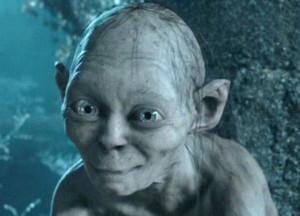 When you take into account the laid off workers who have dropped out of the labor force because there are no jobs to find, the state unemployment rate is over 12 percent.

Thousands of our neighbors need our help and support this holiday season and they need help when the holidays are over too. They need a hot meal tonight and they need hope for tomorrow.

They need policies that help them, not politicians who blame them. Restoring the state Earned Income Tax Credit that directly helps low-wage workers would be a good place to start. So would raising the minimum wage, a proposal supported by majority of North Carolinians and recently approved by voters in conservative states like Arkansas, Alaska, and South Dakota.

EITC has been a massive source of fraud and abuse. A HUGE scam.  People who pay NOTHING in taxes were actually profiting at tax time.  If you ask ‘Who wants to earn more money?,’ you’ll get approval for stuff like an increase in the minimum wage.  I am sure you’d get  a MUCH different answer if you told people the truth about the minimum wage’s job-killing effects.

Expanding Medicaid would help tremendously too, providing health care for 500,000 low-income adults who are now gambling that they won’t get sick and forgoing basic preventive care that could keep them healthy.

North Carolina already has some of the most generous Medicaid benefits in the country.  We cover a lot more stuff than even the feds require.  And people foregoing health care?  That’s thanks to Chris’s buddy Barry’s ObamaCare. (Speaking of — Does ObamaCare cover that whole blinking thing?)

We sure do wish Chris could find some happiness. The holiday season isn’t over.  There’s still time.

One thought on “Who gets angry about Thanksgiving? Blinkin’ Chris DOES.”