Talk about having SOME NERVE to even speak up.  Governor Roy Cooper (D) is calling for President Trump to be removed from office immediately: 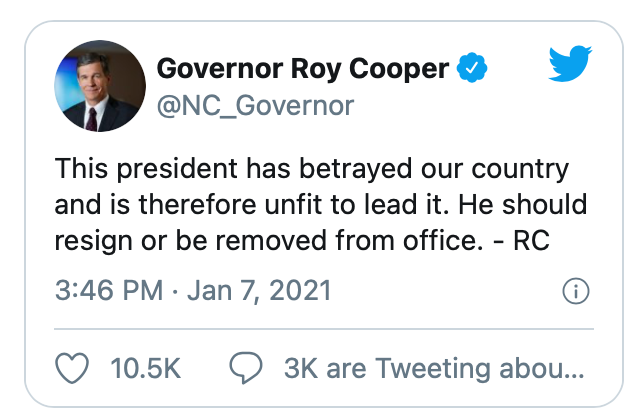 How has he betrayed our country, genius?

What a bunch of cowards.  They ban Trump from Twitter, and then proceed to slander him all over that platform.

Governor Stoopid had a wee bit of violence pop up during his reign in Raleigh.  A bunch of thugs  in Raleigh and Fayetteville fought with police, looted and burned buildings to allegedly protest a police shooting in Minneapolis Minnesota.  Cooper even went as far as marching in the streets with Black Lives Matter — the same radical bunch that encouraged the scuffles with police, and the looting and the burning. 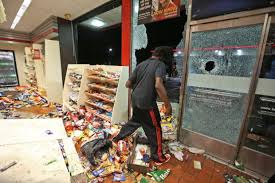 What happened in Raleigh was a whole lot worse than what happened on Capitol Hill.  Shouldn’t Roy Cooper live by his own standard and GET THE HELL OUT?  (Inquiring minds want to KNOW.)

5 thoughts on “Governor Stoopid: Trump needs to be removed”