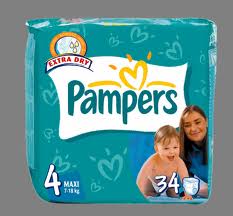 The Einsteins in Congress are at it again.  We have a $17 trillion federal debt, two wars, record  unemployment, and a devastating recession.  These geniuses think they have the answer to fix the country’s economic woes:  federal subsidies for purchasing diapers. Yep. THAT’S what they think is going to put people back to work:

Sen. Richard Blumenthal (D-Conn.) on Tuesday introduced legislation that would allow federal block grants that states now use to subsidize child-care services to also allow for the purchase of diapers and “diapering supplies.”

The bill, S. 1778, would amend the Child Care and Development Block Grant Act of 1990 to allow diapers and related supplies to be bought with grant money provided to states. Under current law, the money is meant to subsidize child-care services to parents who are entering the labor force or are in job training and education programs. It also helps subsidize child-care services for certain eligible families.

Under the law, 4 percent of all funds must be used to improve the quality of child-care. A summary of Blumenthal’s bill indicates that it would allow the purchase of diapers under this provision, as it would “include the provision of diapers and diapering supplies among the activities for which funds may be employed to improve the quality of and access to child care.”

The federal program, called the Child Care and Development Fund, received $5 billion in fiscal 2011, which it distributed to all 50 states, the District of Columbia and scores of tribal governments. The program now helps to provide for an estimated 1.8 million children each month.

The program also received an extra $2 billion under the 2009 stimulus bill.

THIS is a slap in the face to EVERYONE who has lost jobs, homes, savings, and income thanks to the policies of Harry Reid, Nancy Pelosi, Barney Frank, Chris Dodd, Joe Biden and BarryO.  Where are Burr and Hagan on this?  Burr needs to get his nose out of John McCain’s posterior and put a stop to this nonsense.

These people don’t get it. If we keep reelecting these nimrods and rewarding this kind of idiocy, we’ll get what we deserve.  These people are breaking our economy and flushing this country down the toilet.  If we keep them in power, we deserve to go down the drain.