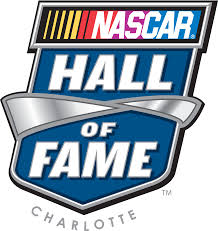 Amid the excitement of the recent election results — and the recovery from the smothering audio-visual assault on our senses — yet another example of crony capitalism and P3 monkey business went toes up.

Those who are preaching the gospel of public-private partnerships for things like, oh, highway widening should stop and take a good hard look at the tale of The NASCAR Hall of Fame in Charlotte.

In 2005, Charlotte’s uptown crowd — led by then-Mayor Pat McCrory — lobbied hard for an occupancy tax to finance the construction of The Hall of Fame complex.  We were all told about what a great opportunity Charlotte had to host a world-renowned tourist attraction.  The General Assembly bit and authorized Charlotte to implement a new 2 percent occupancy tax on top of the previously implemented 6 percent tax.

Now, let’s fast forward to November 7 of this year:

Faced with continuing financial losses at the NASCAR Hall of Fame, the city of Charlotte has begun negotiating with Wells Fargo and Bank of America about forgiving a $19 million loan used to build the racing museum.

The loan – which has grown to $21 million with interest – was supposed to be paid from the sale of sponsorships and commemorative brick sales, but revenue from those two sources has fallen far short of what’s needed.

In addition, the hall is struggling to meet other obligations, including royalties owed to NASCAR on the sale of tickets, merchandise and food and beverages. The hall is also repaying the city for its share of a $32 million loan that was added to the hall in the midst of construction in 2008.

The Charlotte Regional Visitors Authority, which manages the hall for the city, said Wednesday that the hall lost $1.4 million for the fiscal year that ended in June.

In the previous year, the loss was $1.6 million.

The CRVA is optimistic that the hall’s finances are stabilizing, as attendance has essentially leveled off.

Hmm.  Repayment plans based on projected usage.  Is this sounding familiar yet to you folks in North Meck

concerned about the HOT lanes for I-77? MORE:

The CRVA manages city-owned buildings such as the Charlotte Convention Center, Bojangles’ Coliseum and the NASCAR Hall, which opened in 2010. It no longer analyzes the financial performance of each property, though it still does for the hall because of its agreements with lenders and the banks. The special audit for the hall is used to demonstrate that it is losing money and can’t pay royalties.

A public-private entity that doesn’t bother evaluating its properties’ financial performance. What does it matter, since they can just go get more money from US? MORE:

But the city is still seeking relief from some of its hall-related debt. Four years ago, the U.S. National Whitewater Center successfully persuaded banks to forgive much of its $38 million in construction debt.

In April, Deputy City Manager Ron Kimble emailed Carlos Evans, then a Wells Fargo executive with an impending retirement, to ask whether the bank would consider forgiving the loan.

“I would like to see if we could come to some mutual agreement on the requested extinguishment of the sponsorship loan for the NASCAR Hall of Fame prior to your leaving,” Kimble wrote.

A week later, Kimble received an email reply from Evans, saying that he and others had studied options for resolving the debt.

Wouldn’t it be nice if these politicos had to put up their homes and other property as collateral for these loans? I bet this free-wheeling spate of borrowing would experience a dramatic drop-off.  MORE:

“We realize the hall is a problem,” Evans’ email said, “and we are willing to do our appropriate share in helping put the hall on an even financial footing as we realize the hall benefits this community on many different levels.”

It added: “I want to be clear that none of our proposals involve a full forgiveness of debt as, in our opinion, that would tilt the scales too far with the banks doing way more than others in a situation where we all need to be sharing the pain.”

Reached Thursday, Evans reiterated that position, but said he hasn’t been involved with the negotiations since his retirement in May and doesn’t know where things stand.

Kimble said in an email to the Observer last month that no decision has been reached on how or when to proceed with a possible renegotiation of the loan.

In response to a public records request Friday, Kimble said the city never made a written proposal to the banks. He said there were only verbal conversations about the banks forgiving all or some of the debt.[…]

SO.  These wizards of smart in the uptown crowd and Chambers of Commerce have all kinds of big dreams that WE must pay for.  It’s so much easier working with a key investor who has a bottomless wallet and is immune to financial risk.  (Losing money? No problem.  We’ll go get more.)
Would this NASCAR project have even happened if private investors had been counted on to foot the bill? I doubt it.

This debt is not just going to go away.  The banks may end up temporarily eating some of this.  But it will be recovered via its customers, or a bailout from the feds.  Bend Over. Here it Comes AGAIN.

4 thoughts on “Charlotte, NASCAR & P3s: Big dreams paid for with other people’s money.”