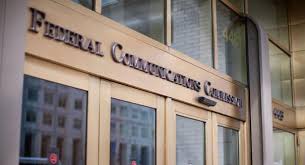 As a fan of the free market, I find myself a little torn on the issue of net neutrality The government wants to step in on the Internet service provider industry to ensure “equal treatment” for everyone and everything on the Internet. At first glance, the fact that Barry Obama likes net neutrality should send you running over to the opposition.  Senator Ted Cruz has likened the concept to ObamaCare.

On the face of it, net neutrality sounds like a nice idea.  Cable companies are one group that I don’t mind regulating until its collective ears bleed.  They treat their customers like dirt, live in monopoly environments, and arbitrarily jack up pricing while dishing out more and more crappy product.

On the other hand, I recognize that certain industries and activities use more resources than others.  Businesses SHOULD be free to charge certain customers MORE who cost MORE to service.

Someone who streams dozens of movies each week uses a lot more bandwidth than someone who occasionally checks email.  Car insurance providers charge more to ensure teenage drivers because they are more likely to be in wrecks — thereby causing money to fly out of the insurance companies’ pockets.  Older people get charged more for health insurance because they tend to have more health problems — thereby costing the insurance company money — than younger people.

So, what is the answer here? :

[…] Telcos and cable companies have no choice but to lobby for legislation that bars neutrality. Because without the ability to extract money from the webbies for the use of their not-so-fast Alexander Graham Bell-era wires (forget that you and I already overpay for this), AT&T or Verizon might not have any business model going forward. With no real competition, they’d rather keep U.S. telecommunications in the Flintstone era and overcharge for calls to Grandma than upgrade their networks. Since 1998, telecommunications companies have outspent computer and Internet firms on politicians $231 million to $71 million, just to keep the status quo.

Hate to break the news, but your “fast” DSL Internet access is no longer considered high speed. In parts of the world, cell phones are faster. Have you wondered why Internet video doesn’t fill your computer monitor and look like a DVD, but instead is pixelated dreck in a tiny one or two inch square? Well, Comcast is dragging its heels, too. With better video over the Internet, who would want E!, let alone the Style Network? Because of this Fred and Wilma thinking, the United States is 16th in the world in broadband use (behind Liechtenstein!) with East Timor catching up fast. The French may burn Citroëns, but they get 10 megabits for 10 euros–50 times your “fast” Internet access for half the price. That’s just not right.

We’ll never get 10 megabits to our homes, let alone the multiples of that speed that are possible and affordable today if these telco Goliaths keep covering up their crown jewels. As Dean Wormer might put it: Fat, drunk (on profits), and stupid is no way to go through life, son.

But the answer is not regulations imposing net neutrality. You can already smell the mandates and the loopholes once Congress gets involved. Think special, high-speed priority for campaign commercials or educational videos about global warming. Or roadblocks–like requiring emergency 911 service–to try to kill off free Internet telephone services such as Skype. And who knows what else? Network neutrality won’t be the laissez-faire sandbox its supporters think, but more like used kitty litter. We all know that regulations beget more lobbyists. I’d rather let the market sort these things out. 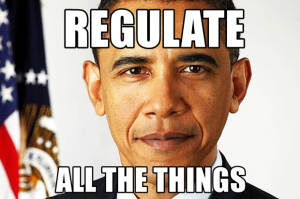 But what market? Phone lines, cable, and cellular–i.e., the means of Internet access–are all regulated; their operators are quasi-monopolies. Even if you end the monopolies, the incumbents have the advantage of a huge head start. Broadcasters own valuable spectrum and feed us cretinous shows like Wife Swap and The Bachelor. Cable has a lock on our homes via local franchise bribes, er, fees, so we get Lifetime and Animal Planet that no one watches. Satellite TV is content to charge just a hair under cable’s pricing umbrella. For phone companies, too much Internet bandwidth would threaten their bread and butter–overpriced $25 per month (it’s worth no more than $1) phone service and hot innovations like call waiting.

Here’s an idea: Start screaming like a madman and using four letter words–like K-E-L-O. And fancier words like “eminent domain.” I know, I know. This sounds wrong. These are privately owned wires hanging on poles. But so what? The government-mandated owners have been neglecting them for years–we are left with slums in need of redevelopment. Horse-drawn trolleys ruled cities, too, but had to be destroyed to make way for progress. How do we rip the telco’s trolley tracks out and enable something modern and real competition?

Sure, property rights are important, but that doesn’t mean we can’t shake a cattle prod at our stagnant monopolists and say “update or get out of the way.” The mantra should be “megabits to phones and gigabits to homes.” We’ll only get there via competition. Regulations–even regulations that look friendly to the Googles and Yahoos and hostile to the telcos–will just freeze us where we are today.

IN THE LONG RUN, technology doesn’t sleep. You can’t keep competitive King Kong in chains. But why wait a decade while lobbyists run interference? If Congress does nothing, we will probably end up paying more for a fast network optimized for Internet phone calls and video and shopping. But this may not be the only possible outcome. Maybe the incumbent network providers–the Verizons, Comcasts, AT&Ts–can be made to compete; threatening to seize their stagnating networks via eminent domain is just one creative idea to get them to do this. A truly competitive, non-neutral network could work, but only if we know its real economic value. If telcos or cable charge too much, someone should be in a position to steal the customer. Maybe then we’d see useful services and a better Internet. Sounds like capitalism.[…]