Conservatives of the Tea Party ilk are being portrayed as unreasonable, petty children who turn over the gameboard and throw a fit when they 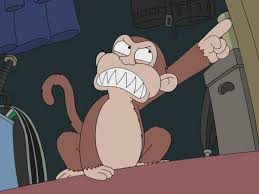 don’t get their way.  The establishmentarians at the Wall Street Journal are tut-tutting about a “Republican Crack-Up.”

Speaking of throwing a hissy-fit:

Smith said the Freedom Caucus wants “one of their own. Can those 40 members hijack the entire process, and if so, can our government function at all?”

He added that McCarthy was one of current Speaker John Boehner (R-OH) ’s (R-OH) “right hand men. He hadn’t been around in Washington very long. In fact, he’d sponsored just two bills, both to re-name buildings, nothing else in the way of legislative accomplishments, nothing. Yet he is too mainstream, too establishment, for the Freedom Caucus. So, they, reflecting the rants of their constituents, decided yesterday to support somebody else, as a unit.”

Later, Smith stated, “Unless Congress acts, our government will shut down. Members of the Freedom [Caucus] say that’s what they want, no compromise, without one, disarray, a level of government dysfunction virtually unprecedented in American history.”

He concluded, “Washington has officially ground to a halt, just as the Freedom Caucus demands.” 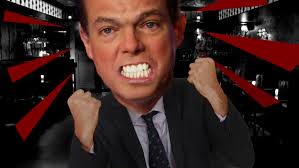 Okay, let’s say you have a business.  You hire a new secretary / receptionist.  She regularly comes into work late.  Lets most calls go to voicemail.  She’s rude to the customers.  Can’t get the filing done. And her typing is loaded with spelling and grammar errors.  Basically, she’s not living up to the covenant you thought you struck when you hired her.  Are you causing chaos by tossing her into the un

employment line? Are you keeping her from getting things DONE — like her nails, or buying groceries for her kids?

Or are you firing her as a reprimand for not living up to what you expected from her when she was hired?

Let’s say you are a landlord who leases to tenants — who trash the place, throw wild parties (causing the police to make daily visits), and are months late on the rent.  They’ve basically violated every aspect of the lease.  Are you causing chaos by evicting those losers?  One could argue that they are causing the chaos by making life miserable for neighbors, aggravating the police, and not paying their bills.

In 2010, we gave these people — in Raleigh AND Washington — majorities with a clear mandate to roll back government.   To snatch power 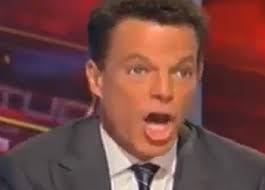 from the government and restore freedom to individuals.  These Republicans instead chose to mimick the people they replaced.  They’ve violated their commitments to US — the bosses, the employers, the landlords, the people who pay the bills. Now, it’s time they paid the piper.

“Getting things done” was not exactly on the top of our Founding Fathers’s minds when they got this country started.  They understood — from past experience with, oh, England — the destructive power of a strong, authoritarian government.  They purposely drew up things so it would be HARD for government to “get things done.”

The Cuban and North Korean governments are *GREAT* at “getting things done.”  But I don’t want to live there. And I don’t think you do either.

8 thoughts on “A Civil War, or an EVICTION?”