Incumbent senator Kay Hagan (D-NC) — affectionately known in many quarters as Chuck Schumer’s Sock Puppet™ — is featured on the site in the “Reid’s Choice” category”: 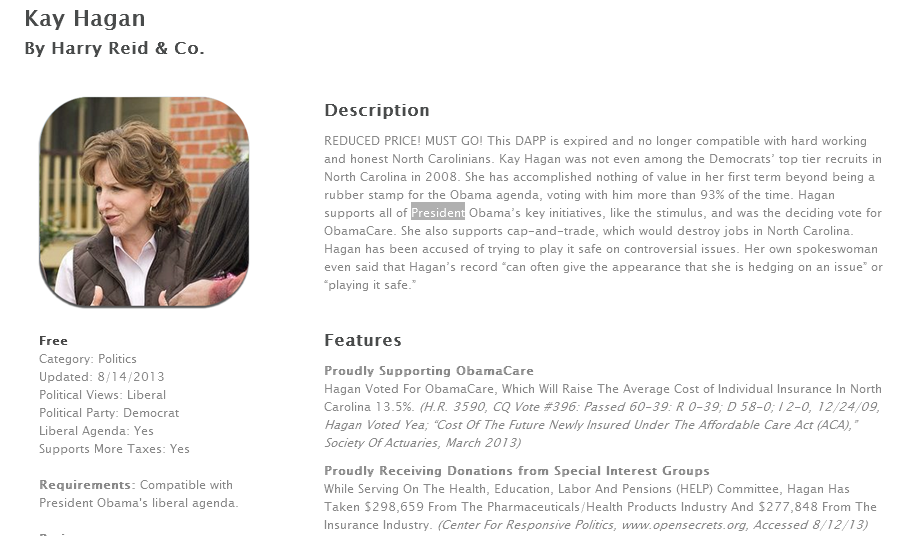 I was ready to buy — until I saw the reviews for this app: