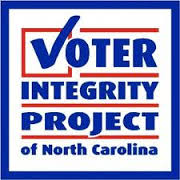 We posted earlier about a bill — inspired by Mark Harris’ late father — allowing ballots cast early by people who die before the actual election day to be counted.  House speaker Thom Tillis — and two other GOP legislators — introduced the bill.  Jay DeLancy, executive director of The Voter Integrity Project, says the proposal needs some serious rethinking:

[…] The Harris Act came about after Senate Candidate, Mark Harris told audiences how his WW II veteran father had voted absentee before passing away. He used the story in motivating listeners to vote early (but not often). Nobody told Mark that dad’s vote is illegal until somebody challenged the senior Harris’ vote and it was removed. The intent of early voting is to allow people to vote who are eligible (but are too busy) to vote on Election Day. If a person is not eligible on that particular date in time, then the vote is not supposed to be counted. If a kid turns 18 the day after the election or if an early voter dies or goes to prison the day before the election, their votes are not supposed to count. The Constitution drew the line on Election Day. While we extend our deepest sympathy for Mark Harris over the loss of his father, this bill will reenergize the practice of stealing votes from dead people by making detection more difficult. Among thousands of other things, election officials usually have about a week after polls close to figure out which early voters died before Election Day. If it was close, they have to pull those ballots before the canvass. The Harris Act wou

ld only allow removal of dead voters’ ballots if the actual date of each voter’s death were compared to the actual date of their vote, making the task far more difficult. Aside from raising serious Constitutional questions, the act would have the perverse effect of making it harder to detect dead voter identity theft. We oppose this well-intended measure. […]

DeLancy is right. Let’s say some ballots get challenged in the wake of a close election.  HOW do you verify the integrity of a ballot cast by someone who is DEAD at the time of the canvassing?

It is a shame that Mr. Harris’ ballot cast for his son was not counted.  But this idea — as good-intentioned as it may seem — opens up a whole new can of worms that SHOULD remain hermetically sealed shut.