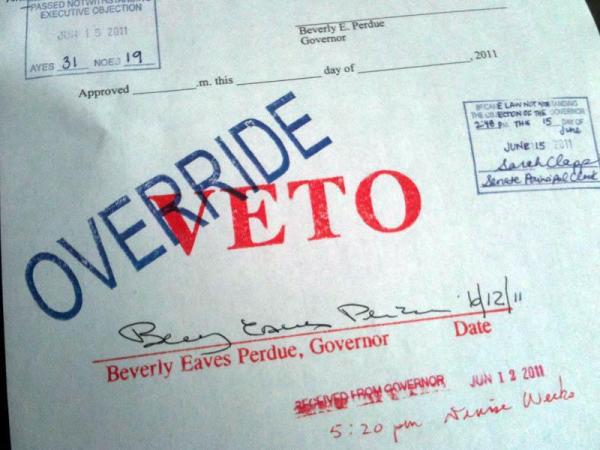 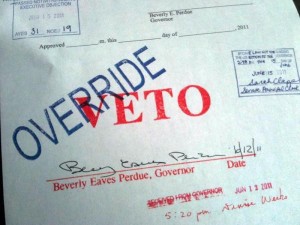 Low-level staffers in the governor’s office are likely scrambling today to ID the truck that ran over their boss lady — THREE TIMES — this week.

The folks over on Jones Street successfully overrode Bev’s vetoes of (1) a rewrite of The 2009 Racial Justice Act, (2) legislation allowing fracking in North Carolina, and (3) revisions to the current state budget.

Veteran legislature watchers tell me they cannot recall a NC governor ever being hit with such a trifecta.  But this is the kind of treatment you should expect when you (1) are a lame duck, and (2) polling as the nation’s most unpopular governor.

One interesting note: The N&O’s politics writers were convinced that Republicans would not have the votes for an override of the budget veto.  WRAL’s Mark Binker suggested just the opposite — throwing Democrat names that we had not heard before into the mix of override supporters.

One thought on “They came. They saw. They overrode.”