Word from Washington today is that freshman U.S. senator Thom Tillis is upset with the Federal Communications Commission. Why, you ask? Let’s find out:

The FCC on Thursday approved the city of Wilson’s petition to remove state restrictions that limited its ability to expand its broadband service called Greenlight.

The restrictions were put into North Carolina law in 2011 when Tillis was House speaker. The legislation, among other restrictions, prevented cities from offering broadband below cost.

Private companies complained that city-owned broadband represented unfair competition, while cities and towns said they offered service in areas where companies were unwilling to go.

Tillis, in a statement, objected to the FCC vote Thursday to overrule existing state laws. Tillis and U.S. Rep. Marsha Blackburn of Tennessee announced they were filing legislation to prevent the FCC from overturning state or local broadband laws. Chattanooga also won an FCC ruling related to state restrictions.

“It is disturbing, yet not surprising, that the FCC and Chairman (Tom) Wheeler are attempting to deny the sovereign right of states to make their own laws,” Tillis said in a statement. “After witnessing how some local governments wasted taxpayer dollars and accumulated millions in debt through poor decision-making, the legislatures of states like North Carolina and Tennessee passed commonsense, bipartisan laws that protect hardworking taxpayers and maintain the fairness of free-market competition.”

Government maintaining “fairness of free market competition”?  How does that work? The free market is all about people working hard and producing and selling desired goods and services at a price attractive to the public.  It’s competition.  Survival of the fittest. 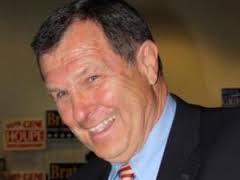 This harkens back to the old Robert Brawley-Thom Tillis feud in the General Assembly.  Brawley, a former Republican legislator from Iredell County, raised a number of ethical accusations against Tillis.  For his troubles, he got stripped of his committee chairmanship, censured by the GOP caucus, and primaried by a Tillis-groomed candidate.
Brawley came out looking like a prophet when he accused Tillis and other House leaders of pushing legislation that sets up a monopoly benefiting the family of a Tillis ally.  A court ruling ended up vindicating Brawley.
That leads us to another Brawley-Tillis confrontation over rules regulating Internet service sales. Brawley was trying to create some exceptions to allow some small communities to get into the game. Tillis deep-sixed the idea, arguing — purportedly, according to Brawley, — that he had a “business relationship” with Time Warner to protect.
Time Warner inflates its pricing and deliver stagnant service all over the state because it is the only choice in many areas.  Your pricing for their services will depend on who you are, where you live, and what day and time you call. I can be charged $45 per month for high-speed Internet., while they are advertising the same service for $19.99 on TV.  They’ve obviously got a lot of markup built in.
Things should go a little further and ban these franchises — where you get ONE or, God forbid, TWO choices in your community for Internet.  The more options, the better for the customer.

6 thoughts on “‘The senator from Thime Warner has the floor …’”