A bunch of folks who are getting ready to lose their jobs, anyway, thanks to redistricting, are digging in their heels regarding operation

See-Ya Hasan. Garry Terry — the resigned (unresigned?) 1st district GOP chairman — has sent out an open letter, signed by himself and all of his colleagues (Mind you, this guy is part of the same crowd that has moaned about Chairman Hasan Harnett taking this spat public) :

Important Message to the NC GOP Chairman:
March 30, 2016
Dear Chairman Harnett,
We, the undersigned District Chairs of the North Carolina Republican Party, represent the grassroots Republicans from every corner of our Great State. We strenuously object to your call for a meeting of the Executive Committee (EC) on April 9. The call to meet on this date disenfranchises one third of the Executive Committee and creates numerous problems for the grassroots Republicans from all over NC: 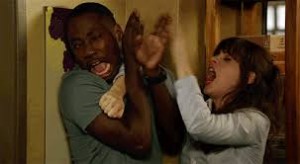 5. Holding an EC meeting in Wilmington is a serious burden on the EC members in the Western half of the state. Some EC members will spend as much as 5 – 7 hours travelling in each direction on one day for a single meeting.
6. Your decision to call an emergency EC meeting on this date disenfranchises hard working grassroots Republican activists. How can they effectively participate in managing the affairs of the NCGOP when their Chairman cannot schedule the meeting when it does not conflict with District Conventions?

Again, we have griping from the SAME crowd that has blessed locking Mr. Harnett out of his office, cutting off his email, and barring him from party files.  Surely, by now, Mr. Harnett is well-familiar with burdens and inconveniences.

We are asking you to cancel this meeting and to reschedule it on a later date when there are no district conventions scheduled. This will also allow the four affected Districts to conduct the very important business that we must complete and still be able to have a voice in the EC meeting.

Translation:  Our masters at the RNC have important tasks for us.  We need to meet their needs, and THEN we will get back to harassing YOU.

It’s interesting to see John Steward’s name on this.  Back in his conspiratorial texts with Dallas Woodhouse — that we got our grubby mitts on — Steward was proposing April 9 or April 30 as the best dates to get everyone together to finish off Harnett.  Why is April 9 NOW a problem?

and the others must realize they cannot get enough legislators on scene for that day.  They MIGHT have to actually fend for themselves in front of REAL PEOPLE. (Nobody likes getting called on the carpet.  Especially when you’ve been behaving badly.)

10 thoughts on “The NCGOP slap-fight rages on.”