Once again, we’re talking about state Senator Fletcher Hartsell (RINO-Cabarrus) being found in the middle of something that — by all appearances — looks really, really sneaky.

In Cabarrus County, there is a bloody civil war within the local Republican Party between grassroots, Tea Party types and the Establishment. Tea Party allies had accrued significant influence within the county party as well as the county board of commissioners. That hasn’t sat very well with the establishment.

In May, establishment forces — including Hartsell — primaried outspoken conservative members of the county board. (You may remember that the local party denounced ONE of the Hartsell team’s candidates.)

The establishment succeeded.  And this is where the story gets,um, interesting: 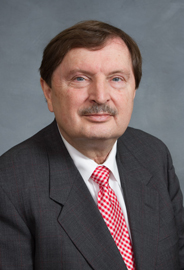 On Thursday, the N.C. Senate approved an amendment to a Union County bill adding two seats to the Cabarrus County Board of Commissioners effective immediately and ending on Dec. 1, 2014. The amendment also states that Republican primary winners Diane Honeycutt and Grace Mynatt should be appointed to the new seats because they received the most votes in the primary on May 6. No Democrats are challenging the Republicans on Nov. 4 for the three open seats on the Cabarrus County Board of Commissioners.

Hartsell said Saturday he decided to file the amendment because he believes it is in the best interest of the county. He said he decided to act after the three defeated incumbents — commissioners Jason Oesterreich, Larry Burrage and Chris Measmer — voted to make last-minute reductions to the county’s proposed $209.7 million fiscal year 2015 budget, eliminating 11 positions and all county funding for the Cabarrus Economic Development Corporation and the Elma C. Lomax Incubator Farm, which trains future farmers. They made the cuts after a public hearing on the budget had closed so no taxpayers had an opportunity to speak about the cuts.

“The June 16, 2014, budget action is a clear in-your-face to the voters of Cabarrus County,” Hartsell said Saturday. “The three newly elected commissioners will as a result have to staunch the bleeding and pick up the pieces of this irresponsible budgeting in early December well after the people have expressed with their votes their overwhelming lack of confidence in the lame duck office holders or their budget priorities. It just really bugged me. If there were anybody on the ballot in the fall it would be different, but there’s not.

“The amendment simply expedites the will of the people by naming the top two of the people’s choice to join the three lame ducks so that a more orderly transition can occur,” Hartsell said.

Hartsell said he tried to work with the N.C. House Representatives and was talking with Rep. Linda Johnson about adding the amendment to a bill that Hartsell sponsored that was about to move through the House. But that didn’t work out so he worked it into a Union County bill that was moving through the N.C. Senate, he said.

Rep. Pittman questioned Hartsell’s spin about “trying” to work with the House on this legislation:

[…] Pittman, a Republican representing District 82, said the way the amendment was handled 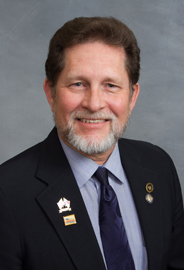 was improperly because neither he nor Rep. Carl Ford, a Republican representing District 76, was consulted when the effort first began.

Pittman said local bills are not supposed to be considered during the short session unless the entire delegation agrees to it.

“Rep. Ford and I were not even consulted about this amendment,” Pittman wrote in an email to the Independent Tribune on Thursday night.

Johnson also represents Cabarrus County in the N.C. House in District 82. She could not be reached for comment

Then Sen. Hartsell successfully pushed the amendment through the N.C. Senate, also without consulting Pittman or Ford, Pittman said.

“This, also, should not have been allowed to happen, according to the rules,” Pittman said. “I guess rules do not apply to everyone equally.

“As Rep. Ford and I began to tell other members about what has been done, they were appalled and outraged at such dishonorable conduct,” Pittman wrote. “Many of them found the very idea of having the Legislature appoint anyone as members of the County Commission who have not yet even been officially elected utterly appalling.”

The House plans to consider Monday the amendment to add the two new seats on the board of commissioners.

Cabarrus County Commissioner Jason Oesterreich posted a statement regarding the amendment on his website www.jasonoesterreich.com: “Right now, the big government politicians of Cabarrus County are trying to ‘temporarily’ stack the Board of Commissioners to keep control over you. The common man and woman can NEVER be allowed to win in this government! Be clear, if the politicians can create and appoint new commissioner positions simply because they don’t like the outcome of a vote, they can do anything they want to you.”

This is only the tip of the iceberg when it comes to Hartsell.   (He keeps our Monkey Business Report correspondents busy.)  Word broke last week that a state board of elections probe of state Rep. Michael Wray — the #2 Democrat in the House — is underway.  Yet, we are still waiting on some action on similar allegations against Hartsell — a Republican In Name Only — that first came to light in January 2013.  We got promised a resolution within “a few weeks.”  And here we are roughly eighteen months later.

The state board’s Kim Strach suggested that Hartsell simply did not understand the campaign finance reporting requirements.  Really?  The guy has been in Raleigh for 12 terms, and probably helped write those rules.

One thought on “The Monkey Business Report: Cabarrus County edition”