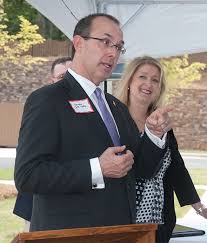 Toll roads.  House speaker and US Senate Thom Tillis thinks they are OK.  So does state House speaker pro tem Skip Stam. Gov. Pat likes them, and so does his DOT board chairman.

The state has awarded a 50 year contract to a Spanish firm to manage a new lane on I-77 in Mecklenburg County. Similar projects around the country have failed miserably and have been dumped on the taxpayers for bail-outs.

Senator Jeff Tarte (R), a freshman from Mecklenburg County, was an enthusiastic supporter of toll roads in 2013.  He came to Raleigh in 2012 after a closely-fought primary campaign aided by his friend Thom Tillis.  In Raleigh, Tillis and Tarte have been a team.  Think of Tarte as Charlie McCarthy to Tillis’ Edgar Bergen.  Or better yet — for you younger folks — think of Jabba the Hutt and his little pet thingie from Return of The Jedi.

They are a team.  Tarte was aggressively spinning and disseminating the lawsuit story about Greg Brannon during the recently completed Senate primary.   So, it is surprising to see Tarte wavering from Speaker Thom’s camp:

The state plans to sign a preliminary contract with the Spanish firm Cintra Infraestructuras S.A. by the end of the month and a final contract in December.

“I want that independent verification, and I want it done transparently and publicly,” Tarte said.

Tata, meanwhile, told Tarte in an email that he sees “no foundation” for delaying a contract to build toll lanes. 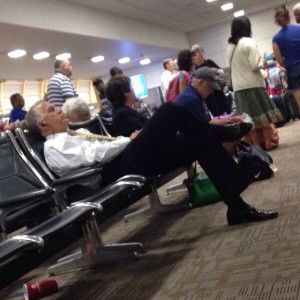 The emails came after news reports said a round-trip ride between Charlotte and Mooresville could reach $20, according to N.C. Department of Transportation projections, and could jump to at least $20 one-way by 2035.

Tata said the Department of Transportation can brief legislators, but he objects to any delay in signing the contract. Tata added in his email that Tarte had recently told him that he thought the I-77 project was a “good deal for the state.” […]

It’s interesting that we’re getting all of this shock and awe from people like Tarte.  The state has had the info about the cost projections for motorists since March 2012.  It’s amazing how these people jump into action and show “concern” when the people are paying attention and hollering.