On the surface, it’s heart-warming to hear statists celebrating the concept of patriotism.  Of course, their idea of patriotism and MINE appear to be vastly divergent.  I think of Old Glory, baseball, hot dogs, apple pie, and our military heroes of past and present.  Leftists think of patriotism in terms of paying taxes through the nose and at exorbitant rates to atone for your greedy, selfish, capitalist ways.

US Senator — and Senate Democrat Whip — Dick Durbin (D-IL) went out of his way to browbeat Chicago-based Walgreens, in the most mafioso manner possible,into backing off of its decision to move its corporate headquarters to Switzerland.   Now, the left is targeting Burger King for its decision to merge with a Canadian fast food chain and move its headquarters to Canada.

Of course, both companies’s attempts at moving were declared ‘unpatriotic.’  (Never mind that Burger King — at its corporate level — is owned by a Brazilian private equity firm.)  To add a bit of humor to this not-so-funny story:  Durbin took Walgreens’s initial announcement as meaning that the chain was going to close all of its US locations and move them to Switzerland too.

A corporation’s NUMBER ONE purpose is to maximize value for its shareholders.  Create the biggest return possible for the investors.  It’s hard to do when you are paying outrageously high corporate taxes.    In terms of corporate tax rates, North Carolina in 2014 has one of the nation’s ten worst business climates.  The Tar He 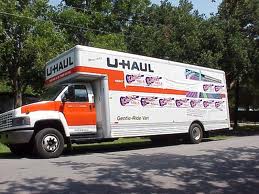 That’s right.  It’s now a better deal to set up shop in Canada or Mexico than in the United States.  And you wonder why all of these businesses are closing up shop and running for the border.

One thought on “Thoughts on statists, taxes and, um, PATRIOTISM ????”