Gov. Pat McCrory so loves to run away from the conservative principles of the GOP platform to embrace the squishy, soft, comfy middle. 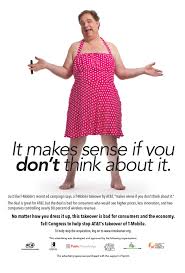 The drive-bys are always preaching to Republicans to do just that.  You would think they’d LOVE McCrory.  But, NO.  The governor tosses them a bone on Tuesday, and gets his hand bitten:

Gov. Pat McCrory proclaimed Tuesday Women’s Equality Day. Unfortunately, his staff didn’t get around to spreading the word about his proclamation until a 3:45 p.m. email, leaving precious little time to celebrate.

Wow. *Somebody* must have been forced to type up this brief on a day when she was trying to bug out of the office early.  MORE:

Women’s Equality Day marks the date that the 19th Amendment, which gave women the right to vote, was ratified. Or as McCrory’s proclamation notes:

“In 1920, all women were granted voting rights in the United States, encouraging policy makers to address issues important to women and their families, including equal pay and rights.”

Dome would be remiss if we did not point out that North Carolina was not among the 36 states who voted to give women the right to vote, thus ensuring the ratification of the 19th amendment. Indeed, North Carolina did not formally ratify the amendment until 1971.

Dome would also be remiss if we did not point out that in North Carolina women earn about 82 cents for every dollar men earn, according to a 2013 report from the National Women’s Law Center. A law that called for equal pay for women in North Carolina introduced by former Rep. Deborah Ross of Raleigh failed to make it out of a House committee in 2013. 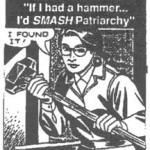 Well lookee here.  “Miz” Cornatzer’s little rant here dovetails nicely with the talking points of Kay Hagan’s re-election campaign. We’ve addressed ad nauseum the patent dishonesty of the whole alleged men-vs-women pay disparity argument.   It’s a *nice touch* to cite data from The National Women’s Law Center .  NWLC is an activist group always ready to attack Republicans and their nominees — branding them with the scarlet “S” for sexist. For them, it’s all about abortion and birth control pills. It’s as though they can’t imagine women thinking about anything else.

Gov. Pat was merely putting in his two cents to commemorate what Congress established as a national observance in 1971.  The measure was pushed by the late congresswoman Bella Abzug — who makes Nancy Pelosi and Barbara Boxer seem like Kelly Ripa. Check out  the language from the congressional resolution establishing this special day of observance:

WHEREAS, the women of the United States have united to assure that these rights and privileges are available to all citizens equally regardless of sex; and

WHEREAS, the women of the United States have designated August 26, the anniversary date of the passage of the Nineteenth Amendment, as symbol of the continued fight for equal rights: and 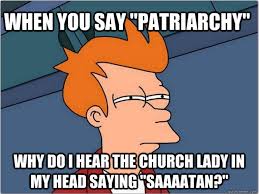 WHEREAS, the women of United States are to be commended and supported in their organizations and activities,

NOW, THEREFORE, BE IT RESOLVED, the Senate and House of Representatives of the United States of America in Congress assembled, that August 26th of each year is designated as Women’s Equality Day, and the President is authorized and requested to issue a proclamation annually in commemoration of that day in 1920, on which the women of America were first given the right to vote, and that day in 1970, on which a nationwide demonstration for women’s rights took place.

”Equal Pay” laws jack up the cost of doing business while dismissing the important qualities of talent and experience that often play into determining salaries.  They are anathema to the concept of capitalism.  Like The Declaration of Independence said we are ALL created equal.  How we use the gift of life that God has given us determines how the rest of our lives go.

Ms. Cornatzer seems quite angry, quite put-out with North Carolina.  I would like to remind her that there are 49 other states (56, according to OUR president) and countless foreign countries she can move herself to.

One thought on “The drive-by media: Can’t please them. Stop trying.”