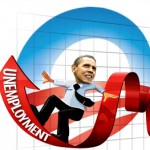 Veteran election observer Larry Sabato has a thought-provoking piece out in the latest edition of Politico Magazine.  The UVa professor and renowned cable TV talking head says he is not seeing the overwhelming GOP wave in US Senate races that so many — including himself — had predicted earlier in the year:

So where’s the wave? This is President Obama’s sixth-year-itch election. The map of states with contested Senate seats could hardly be better from the Republicans’ vantage point. And the breaks this year—strong candidates, avoidance of damaging gaffes, issues such as Obamacare and immigration that stir the party base—have mainly gone the GOP’s way, very unlike 2012.

Nonetheless, the midterms are far from over. In every single one of the Crystal Ball’s toss-up states, (Alaska, Arkansas, Iowa, Louisiana and North Carolina), the Republican Senate candidate has not yet opened up a real polling lead in any of them. Democratic nominees have been running hard and staying slightly ahead, or close to, their Republican foes.

Earlier this year, we published a “wave chart” giving the range of Senate election outcomes, from ripple to tsunami. Sometimes tidal waves, such as the 2006 Democratic swell that gave the party control of both houses of Congress, develop in late September or October. That’s certainly still a possibility for the GOP in 2014. However, the summer is waning, and as Labor Day approaches our estimate remains a Republican gain of four to eight seats, with the probability greatest for six or seven seats—just enough to put Republicans in charge of Congress’ upper chamber. The lowest GOP advance would fall two seats short of outright control; the largest would produce a 53-47 Republican Senate.

A year ago, it was not hard to find Republican leaders who privately believed the party could score a dramatic breakthrough in the Senate, with the GOP emerging with perhaps 55 or 56 seats. This objective was vital not just for the jousting during President Obama’s final two years in the White House. At least as important is the fact that the GOP sees a much less friendly Senate map in 2016, when it will have to defend 24 of 34 seats, including incumbents elected in 2010 in Democratic states such as Illinois, Pennsylvania and Wisconsin. In addition, presidential year turnouts usually draw far more minority and young voters to the polls, most of whom reliably vote Democratic from top to bottom of the ballot. A thin GOP Senate majority created this November could turn out to be very short-lived.

As we’ve said many times, 2014 should be a Republican year, with GOP gains in both houses of Congress. Yet Republicans have a terrible record of beating incumbent Democratic senators, going back to their last good year in this category, 1980. There is no obvious way for the GOP to gain the six seats necessary for control without taking down some incumbent Democrats, a task at which Republicans have struggled—they haven’t beaten more than two Democratic Senate incumbents since that huge 1980 landslide. […]

It’s arguable that the Tillis For Senate campaign has been less than stellar so far.  The candidate is not exactly firing up the grassroots to carry him on their collective shoulders to Washington.  Tillis is still running ads about his bio.  He’s talking about how “those folks in DC” just don’t get it.  Funny — I’ve heard the same thing about those folks in Raleigh — where Tillis has been serving as House speaker.

Karl Rove’s group has been running ads blasting Kay Hagan for supporting ObamaCare.  Yet, Karl’s candidate in the race pushed state health exchanges through the North Carolina House.   There have also been ads blasting Hagan and Obama’s “dismal record” thus far, but we’re hearing nothing about what the GOP candidate in the race would do differently.

Tillis has come out in favor of “practical” gun control measures and making slight adjustments to the Export-Import Bank (which conservatives are trying to KILL). The Republican campaign has spent a lot of time responding to Hagan and Harry Reid on women’s issues and education funding.  We’ve been treated to a tit-for-tat on who offers a better government salary to their female employees.  The Republican campaign has also fended off Democrat criticism on education by arguing that they’ve spent hundreds of millions more on public schools than Democrats have.

There has been no outreach to conservative activists.  His Facebook and Twitter feeds are full of events led by Mrs. Tillis and the female co-chair of the Republican National Committee. Mitt Romney has come in to campaign, and Jeb Bush is reportedly on tap to do so.

What happened to the ol’ message of personal empowerment and limited government? Is a message of “we can manage the welfare state slightly more efficiently than the Democrats” really expected to fire up the masses to throw the bums out?