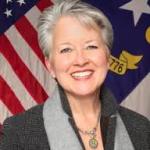 The drive-by media is describing the upcoming vote on a sale to Dollar General by Family Dollar board member Sharon Decker as simply “awkward.”  Decker also serves as state commerce secretary and occasionally recruits new business and hands out financial incentives and other goodies.  Family Dollar, where Decker also serves as a board member, occasionally seeks state incentives to fund its operations.

Our research determined that Decker got $150,000 in fees and stock awards, in 2013 alone, from Family Dollar — while she was serving as state commerce secretary. (For 2014, we found that she owns 7,439 shares of Family Dollar stock. Altogether — from service on three different corporate boards in 2013 — Decker pulled down $369,146.) As a member of the governor’s cabinet, Decker is in a position to obtain benefits and do favors for a company sh

e helps direct and gets compensated by.

The drive-bys tell us that serving on the board does not violate state ethics rules — as long as Decker reveals the relationship.  She HAS — and we are certainly not suggesting that she is doing something dishonest.  But the dual roles — as state commerce secretary and corporate board member — create an unseemly appearance.  It can appear that she might be influencing state government policy for her own personal financial benefit.

I would hope that someone close to the governor would have pointed all of this out to him.  Republicans took over Raleigh promising to clean the town up and offer the people something different.  Governor McCrory needs to force Decker to make a hard choice:  the cabinet post or the high-level corporate relationships.

3 thoughts on “Sharon Decker & Family Dollar: a too cozy combo”