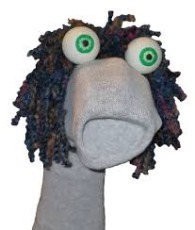 The drive-bys and their friends on the port side of the political spectrum are spewing outrage over Republican Thom Tillis’s references to North Carolina’s incumbent Democrat US Senator as “Kay” during Wednesday’s televised debate.  (*I wonder how they would have reacted to ”bitch”?*)

I have to say I wasn’t surprised that (1) Senator Sock Puppet went there during the debate, and (2) the spinners have harped on it post-debate.  A post in the leftist Wonkette blog on 8/28 laid the groundwork for the feminist faux-outrage.

If Tillis listened to me, I would have suggested he refer to her as “Mrs. Hagan.”  It’s polite and respectful.  It’s a common tactic —  when two guys are going at it —  for them to call each other by first name.  It’s a passive-aggressive way of showing disrespect.

When running against a female candidate, it is so easy for a male candidate to come off looking like a bully.  Ask former congressman Rick Lazio (R) about his run against Hillary  Clinton for New York’s then-vacant US Senate seat.   Crossing over to Hillary’s podium to talk to her face to face, during their first debate, allowed the Democrats to successfully paint Lazio as a sexist, disrespectful bully. It would have simply been great theater if it had been two guys debating.

To counter this tactic, it might be smarter for Tillis to have a female surrogate / spokesperson or two out front taking shots at Hagan while he takes the diplomatic, senatorial route.

2 thoughts on “#NCSEN: That’s MADAME Sock Puppet to YOU, peasant.”