The senior editor of Human Events has traced the origins of a number of major news stories to a nationally-renowned LGBTQ activist with an apparent penchant for purposely spreading disinformation on Twitter. 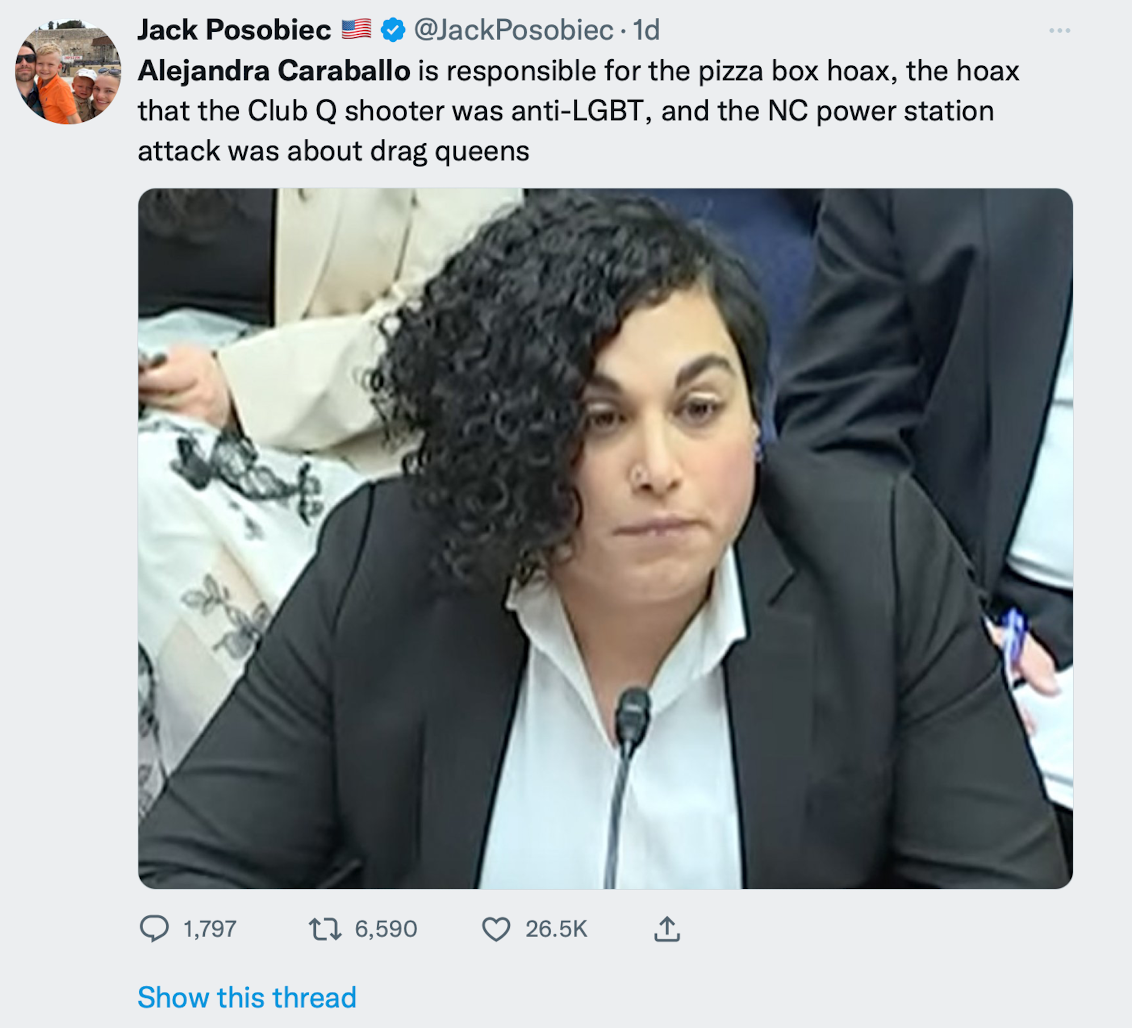 Apparently, according to Posobiec, Caraballo’s tweets would go viral, catch the attention of drive-by media types, and the info they contained would end up in drive-by media news reports.

The “pizza box hoax” is related to recent coverage of the arrest of social media “influencer” Andrew Tate in Romania for human trafficking. 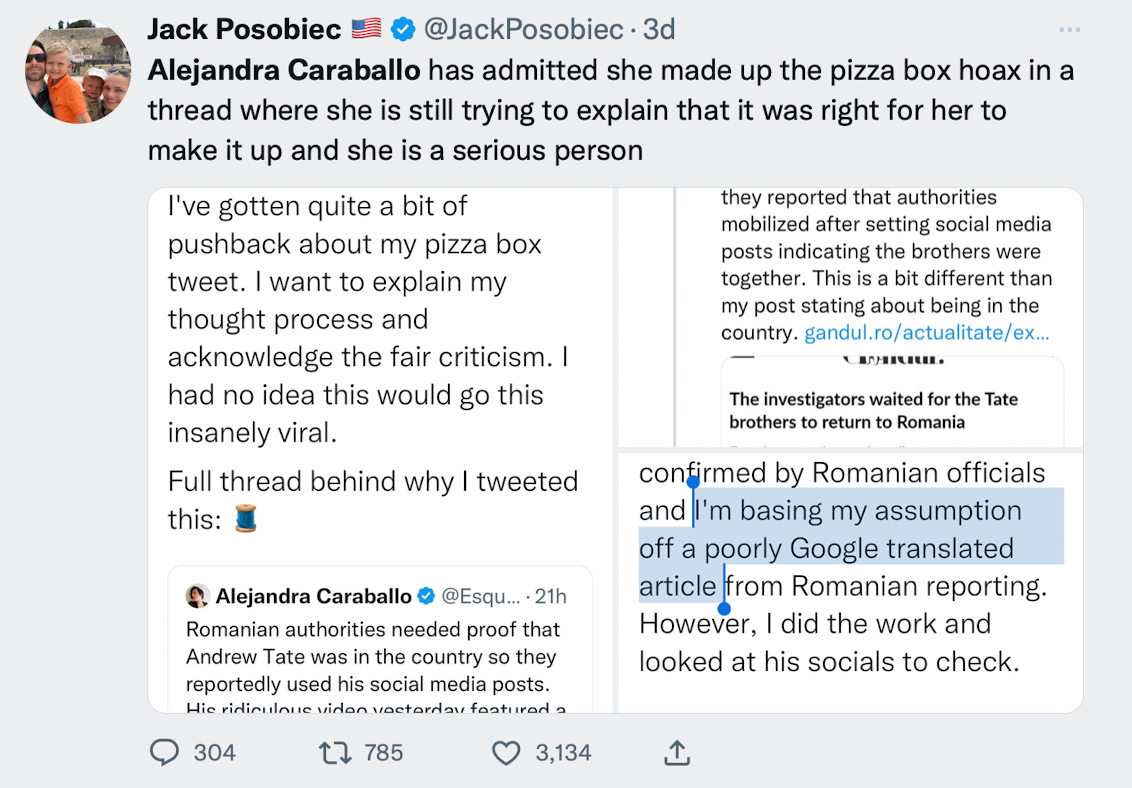 If this all pans out, and THIS person turns out to be considered a credible source by the drive-bys —  our nation is in a hell of a lot more trouble than we thought.  (It certainly would explain a hell of a lot.)

By the way, Caraballo’s tweets tying the Moore County outage to “fascists” trying to stop the drag show are now being discreetly deleted. 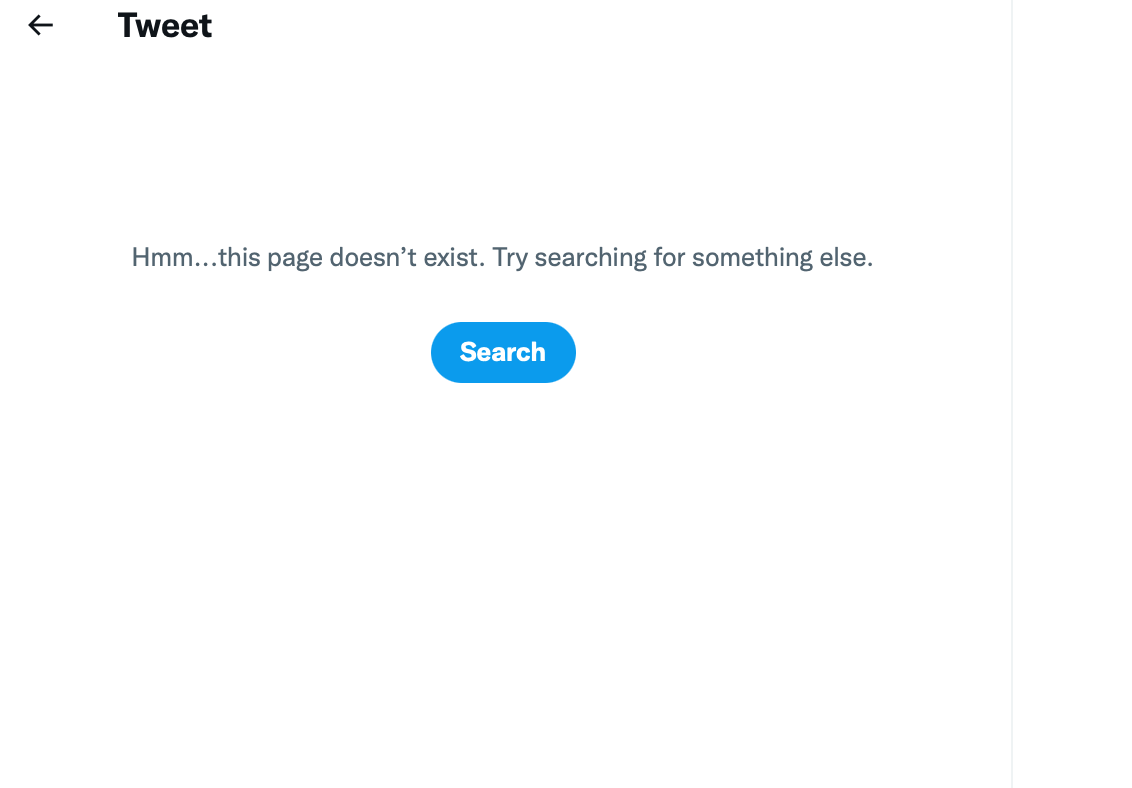