(I was cleaning out the archives and dug out this jewel that somehow got lost in the shuffle.)

Ketanji Jackson-Brown, Joe Biden’s first and hopefully only pick for the US Supreme Court, has quickly established herself as the top commie on the high court. 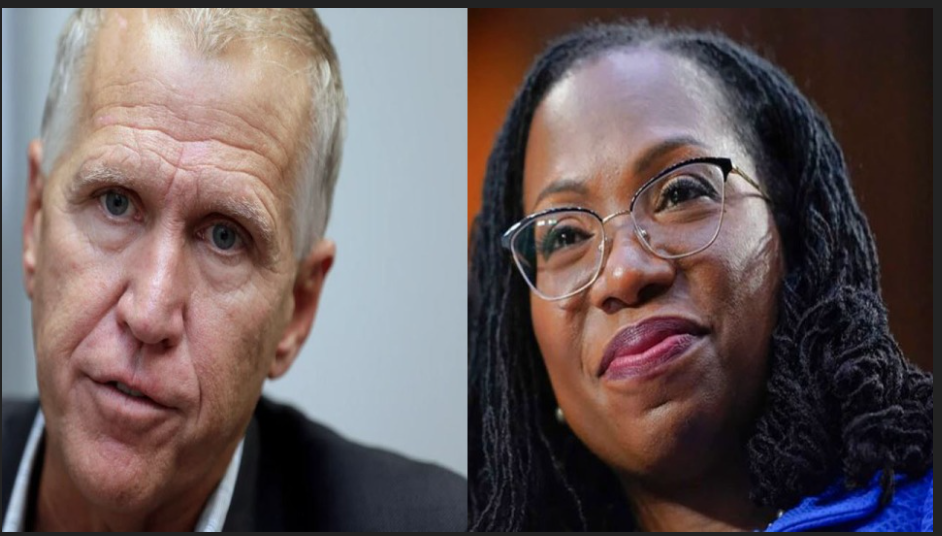 An actual elected Democrat could not have said it better.

Compare that to his tossing of Trump nominee, and fellow North Carolinian, Tom Farr under the bus.

GOP nominees get stomped into a bloody pulp by Senate Democrats.  THIS is the touchy-feely patty-cake that McConnell, Tillis, and their ilk give Democrat nominees.

Remember all that crap he and Shumaker fed us during two campaigns about standing up for conservative judges and against pinkos?