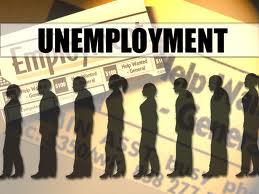 US Senator Kay Hagan (D) got a lot of glowing publicity for hosting a job fair in Rocky Mount this week.  It’s the least she could do.  She enthusiastically cheerleaded and voted for ObamaCare, which even veteran Democrat senator Max Baucus (Montana) describes as a “train wreck coming.”   She’s been a dependable vote for the job-killing big government agenda of Big Barry, Harry Reid and Chuck Schumer.  Ol’ Kay and her voting record have helped damage a lot of bottom lines and produce a lot of layoffs and hiring freezes.

Congressman Mike McIntyre (D) has tried the job fair thing at one of the colleges where I teach.  Some of my students attended his job fair last year.  They reported back to me that there were ” a lot of companies” but NO ONE was hiring.   These employers feel obligated to participate since their congressman / senator has “requested” their presence.  But a job fair can’t energize a stagnant economy or erode a nightmarish regulatory environment.

I know it’s tough to admit that you’ve made a lot of mistakes with your votes.  But tactics like these job fairs are cheap, cruel ploys that get up the hopes of people desperate to put food on their table and pay their bills during this economic nightmare.   The pol gets some cheap PR while playing his or her constituents for fools.

If you want your congressman or Senator to help you get a job — tell them to STOP hosting job fairs and START voting to cut taxes, spending, and regulation.  Those kinds of votes are the best recipe out there for creating jobs and turning this horrid economy around.

2 thoughts on “Politicians hosting job fairs: How about some pro-growth votes, instead?”