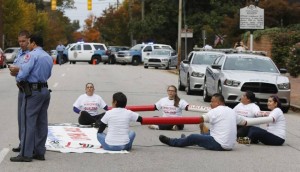 Six people sat down on a Raleigh street — connected by PVC pipe (for some reason) a little while back to protest the actual enforcement of immigration laws by the state.  This little confab got a response out of the drive-bys like what you would have seen in coverage of the Solidarity protests in Poland in the 80s or MLK on the Pettus Bridge in the 60s.  (One of those six ‘PVC Pipe Amigos’ finally got to speak her mind in an op-ed on The N&O’s unreadable but comical op-ed page”

On Thursday, I’ll stand in court to defend my decision to petition my governor through an act of civil disobedience. I took this step because I know why individuals and families leave their home countries to come to the United States. I know why they do it because my parents made that decision for my little sister and me before we were able to stand on our own two feet. They were looking for greater opportunity.

The only thing that makes my family different from the millions of undocumented immigrants who live, thrive, work and pay taxes to make North Carolina strong is that we lucked out in navigating a broken immigration system. It’s a system long designed to keep out people who aren’t “American” enough (read: white enough, wealthy enough, educated enough, quiet enough). It’s the same mechanism that has led us to believe that black lives don’t matter. But I know better.[…]

Um, sweetheart. What makes you so much more special than the multitudes who have immigrated to this country lawfully? They played by the rules, and YOU CAN TOO. I don’t know whether you’re from Mexico or not — but I can guarantee your godforesaken homeland is much more hardline on foreigners moving in to live there than we are here. MORE:

The legislation passed by the General Assembly in the middle of the night at the close of the session prohibits certain government officials – with the exception of law enforcement officers in some cases – from accepting certain documents to determine a person’s actual identity or residency. Depending on how the law is interpreted, government officials including justices, judges, magistrates, clerks, law enforcement officers and potentially others won’t be able to accept consular or community-issued IDs to establish identity and residency. It’s an assault to the dignity of our community, a threat to public safety and outright inefficient.

You have to have SOME standards for ID.  Hell, every high school and college student would LOVE to have an ID making them at least 21 years old.  if you’re going to — as you say — “live, thrive, work and pay taxes” go all the way.  Become a citizen and get a proper ID.  Living here and getting all of the benefits of America while holding Mexican ID is not fair to the rest of us. MORE: 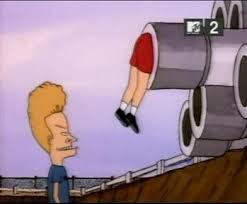 Beyond that, the law, known by many as HB318, attacks local autonomy by prohibiting local communities from adopting “sanctuary” ordinances and invalidates those that currently exist. Where they existed, sanctuary policies were the first step in building a culture of trust and mutual respect among immigrant communities, law enforcement and local government agencies.

Sanctuary cities WILLFULLY IGNORE laws on the books.  To have civilized society, you must enforce laws that are on the books.  If you don’t like the laws, get your elected officials to repeal them.  MORE:

Overall, the new law penalizes some of the hardest working people I know for doing what we all strive for within that broken system. They provide for their families, drive their kids to school, start local businesses and go about their daily lives. It makes these day-to-day things harder for the people who have become my friends and family in North Carolina. After months of attempted dialogue with this legislature and governor that went unreturned, I felt I had no other choice but to take this kind of action.

As a Latina naturalized U.S. citizen, I refused to be tokenized by this governor and this legislature as one of the “good immigrants” who has done things “the right way.” There is no “right” way when the system itself is broken.

Tokenized?  I had to check that one out to see if it really is a word, and if she’s using the right way.  It IS a word, but it means: “Given a character sequence and a defined document unit, tokenization is the task of chopping it up into pieces, called tokens , perhaps at the same time throwing away certain characters, such as punctuation.”

I don’t blame you.  I would not want Pat McCrory to chop me up, either.   MORE: 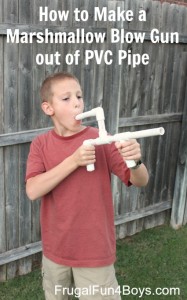 I risked arrest that day because this bill was designed to pit our communities against one another. It tells struggling North Carolinians that immigrants are to blame for a lack of good jobs and growth. But, again, we know better.

This so-called “Protect NC Workers Act” protects no one and attacks some of North Carolina’s most vulnerable: workers and immigrants. It’s a distraction from the indignities that workers suffer on the job every day. If the law’s architects truly cared to protect workers, they’d pursue cases of wage theft, raise the minimum wage, support the rights of workers to collectively bargain and think about the impact of this law on millions of immigrant workers, some of whom stood in front of the Executive Mansion for a month pleading to be heard before they literally took the street with me. I won’t stand for it. I risked arrest on Oct. 29 because I know North Carolina is better than this.

Oh, so we need to make this place more like the dictatorial banana republic you snuck in here from? And isn’t it interesting how Senorita PVC Pipe wants us to ignore all of those pesky immigration laws, but to tighten up on all of these others?   (By the way, all of those laws she wants tightened up are for ACTUAL CITIZENS. Sign up with us legally, and you can get those protections.)

Rev up the bus to the border.  There SHOULD be a first-class, front row seat reserved for her.