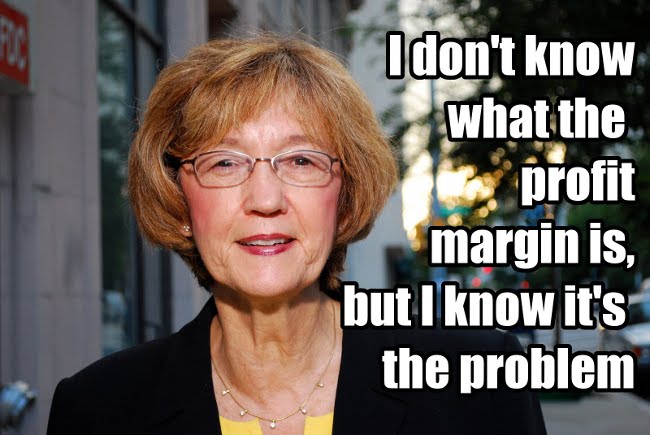 Every four years,  the heavily-embalmed Elaine Marshall is wheeled out to talk about how she needs four more years because she’s good for business.  We caught her praising ‘Occupy Wall Street’ in one past election.  Now, she’s graduated to praising the work of The Chinese Communist Party:

North Carolina Secretary of State Elaine Marshall praised the Chinese-sponsored Confucius Institute’s influence in her state and recommended it for an award, even after FBI Director Christopher Wray warned of its activities on American soil.

In July 2018, Marshall wrote a letter recommending the Confucius Institute housed at North Carolina State University for the “Confucius Institute of the Year Award,” praising it for its “contributions” to the state and “reach considerably beyond the region.

“As North Carolina Secretary of State, I work hard to support economic growth and citizen to citizen understandings, and the CI has contributed to this goal,” she wrote in a July 24, 2018, letter to the Confucius Institute Headquarters.

“We are proud of the fact that NCSU was the first CI in the Southeast,” she wrote in the previously unreported letter. “The CI at NCSU has reach considerably beyond the region.”

Her praise came months after FBI Director Wray warned at a Senate Intelligence Committee hearing of the Confucius Institutes, which are academies embedded on American campuses sponsored by the Chinese Communist Party and part of its political warfare campaign in the U.S.

Wray said that the FBI have been watching Confucius Institutes at American schools “for a while,” according to the Tampa Bay Times.

“It is just one of many tools that they take advantage of,” Wray said at the time. “It is something that we’re watching warily and in certain instances have developed appropriate investigative steps.” North Carolina State University has since shut the Confucius Institute.

Concern about China’s influence in the U.S. has grown, particularly in an election year.

In August, Secretary of State Michael Pompeo designated Confucius Institutes as foreign missions of the People’s Republic of China. He said in a statement: “Confucius Institutes are funded by the PRC and part of the Chinese Communist Party’s global influence and propaganda apparatus.”

Pompeo also recently warned about the CCP’s influence operations targeting state and local officials, in an attempt to get around the federal government’s pushback.

National Security Adviser Robert O’Brien said recently that China has taken the most active role among countries seeking to interfere in the upcoming presidential election and has the biggest program out of America’s adversaries to influence domestic politics.

“We know the Chinese have taken the most active role,” O’Brien told reporters during a September 3 briefing, according to an article by Reuters, that also referenced its earlier report that hackers have stepped up efforts to knock Trump campaign and business websites offline, in preparation for a possible larger assault.