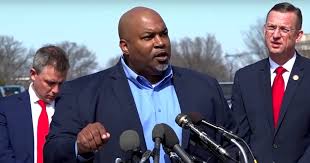 It’s been four years since we caught WRAL’s Laura Leslie blaming Christian conservatives for mass murder in a Florida gay night club.  (It was actually perpetrated by a Hillary-loving Muslim.)  She railed against “Crazy MFers with guns” and Sean Hannity.  Meanwhile,  WRAL lets her keep marching right along covering politics and pretending to be fair and balanced.

McClatchy’s Colon Campbell made a name for himself by trolling around the urinals in local men’s rooms, lamenting the fact that trannies can’t come in.  Campbell has also become a popular stooge for Democrat opposition research types.  His latest work goes after Republican lieutenant governor candidate Mark Robinson.  On the campaign trail,  Robinson has utilized a Trump-like blunt speaking style that has made him quite popular with the folks who also like Trump. 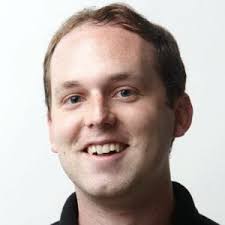 Well, it appears lil’ Colon,  his bosses at the dying newspaper he still works for, and its dwindling readers want Robinson’s scalp for daring to post stuff on Facebook that offends Democrats’ protected constituencies:

The Republican candidate for lieutenant governor is standing behind Facebook posts in which he makes derogatory comments about transgender people, Muslims, a Jewish filmmaker, former President Barack Obama and fellow Black Americans who support Democrats.

Mark Robinson, a gun rights activist from Greensboro, surprised the Republican establishment when he easily defeated state legislators and other well-known candidates in the March primary. Now he’s facing state Rep. Yvonne Holley, a longtime Democratic legislator from Raleigh, in the race for a largely ceremonial role.

Robinson and his campaign did not respond to multiple calls and emails seeking an interview for this story. But he told WRAL News last month that he won’t apologize for any of the comments posted to Facebook over the past several years. “I’m not ashamed of anything that I post,” he told the TV station.

The N.C. Republican Party, which continues to run ads featuring Robinson with the party’s candidate for governor, current Lt. Gov. Dan Forest, declined to comment on the Facebook posts.

The N.C. Democratic Party has called on Forest and the NCGOP to condemn Robinson’s comments and remove the ads, calling the statements “hateful and appalling.”

In an interview, Holley said she didn’t want to address each individual comment by Robinson, but she was particularly concerned when he said in a recent debate that systemic racism does not exist.

“I don’t believe that systemic racism in our nation would allow two black people to stand here running for lieutenant governor,” Robinson said in a debate on Spectrum News 1. “Systemic racism is not the problem.”

Both Holley and Robinson are Black, meaning that regardless of who wins, North Carolina will have its first nonwhite lieutenant governor in January.

“It incites and divides people,” Holley said of Robinson’s Facebook posts. “It’s really important that we bring people together now.”

Robinson’s Facebook page has more than 100,000 followers, and most of them elicit dozens of supportive comments echoing his opinions. Among the candidate’s posts:

I wouldn’t even contemplate the idea of apologizing until Laura Leslie does.  (It hasn’t happened in four years.  It’s unlikely to ever happen.)

One thought on “Drive-by media silent on Laura Leslie’s social media, but ALL OVER Mark Robinson’s”