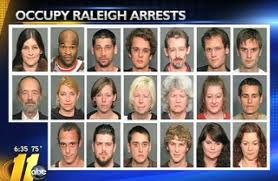 Under The Dome has an item today mocking GOP Secretary of State candidates Ed Goodwin and Kenn Gardner’s  invocation of George Soros’s name in a recent campaign forum:

The Republicans vying for the secretary of state’s office is sounding the alarm on the campaign trail: George Soros is trying to buy the office.

Ed Goodwin, a Chowan County commissioner, recently told a voter forum that Soros, a billionaire financier who donates prolifically to liberal causes, is trying to elect Democrats to the post so he can exert control on the state’s elections. “We have to be very careful of that,” he said.

His rival in the July runoff election, Kenn Gardner, chimed in: “I have no doubts that he had money that goes to Elaine Marshall,” the incumbent Democrat.

In PolitiFact parlance, the candidates would get a Pants On Fire ruling from the Truth-O-Meter.

First of all, in North Carolina, the secretary of state doesn’t control elections — it’s handled by the State Board of Elections, an agency whose leader is appointed by the governor. (Goodwin acknowledged this point — but still suggested Soros is playing a role, somehow.)

According to the NC Secretary of State’s official web site,  that office DOES certify election results.  (OOPS.  Are your pants feeling a little warm, Mr. Frank?)  Read on:

The candidates’ remarks invoked Soros’ ties to the Secretary of State Project, which formed with the idea that it would elect Democrats and keep Republicans from “manipulating” election results, according to news reports. But the problem is the group now appears defunct.

And there’s no evidence Soros has donated directly to Marshall. According to the state’s campaign finance database, Soros has given to only one statewide candidate in North Carolina: J.B. Buxton, a superintendent candidate in 2004, received $2,000.

Marshall spokesman Thomas Millis replied to the GOP accusations: “That would be laughable except that (they) could be secretary of state in North Carolina. That’s scary that someone that divorced from reality could possibly run a department of that size.”

HA HA.  We get it.  Those wacky Republicans are at it again.  If we let those *kooks* into power, they might bring our stellar economy crashing down, producing record unemployment and — um — er, I mean (oh, never mind) …
The state Democrat Party must be worried about Elaine Marshall, if they are already dishing opposition research to John Frank and the boys.
George Soros has made a fortune betting against economies that he has helped destabilize.  His money has been laundered around the world into treasuries of leftist organizations and politicians. Even right here in the good ol’ U.S. of A.
It’s rare that his name DOES show up on a campaign finance report as a direct donor.  When you are a gazillionaire with dozens of lawyers and accountants on your payroll, you can work quite a bit of financial wizardry.
The Secretary of State Project may — or may not — be dormant.  But Soros and his money and his tentacles are slithering into other organizations seeking to influence and destabilize American society.
But what about Miss Elaine’s ties to the ‘Occupy Movement’?  We have an elected official, whose office plays a significant role in our state’s economy, hugging up to a group of radical anarchists and Marxists calling for the downfall of capitalism.
Move along, folks — says Mr. Frank and his comrades in the newsroom — nothing to see here.

One thought on “N&O mocks GOP secretary of state candidates, but is silent on Elaine’s ‘Occupy’ fetish”