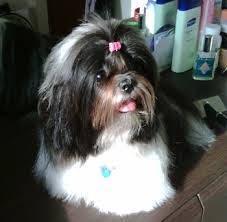 N&O executive editor John Drescher’s attack lapdog is upset that the mean ol’ baby doctor is “attacking” Mr. Invevitable in the GOP’s US Senate primary.  The remnants of the Tar Heel State’s mainstream media soooo want the baggage-laden dollar-chasing ideological weathervane from Cornelius (by way of Jones Street) to be the GOP nominee against Democrat incumbent Kay Hagan.  It will be so much more fun to talk about the mean ol’ legislature and its speaker than it will be to debate ObamaCare with a practicing physician.

For months, Greg Brannon has sniped at House Speaker Thom Tillis in the Republican primary for U.S. Senate. The potshots came in fundraising letters designed to stir the base detailing Tillis’ ties to political insiders, sex scandals in his legislative office and more recently his financial ties to legislation approved at the statehouse.

Translation:  the base = people who think the party and its leaders should actually abide by the platform.  And, of course, one little dog’s “sniping” is simply another man pointing out important facts that the mainstream media simply isn’t telling its readers about.  (Apparently, the shih-tzu is not upset about state senator Jeff Tarte — a close political ally and friend of Thom Tillis — aggressively shopping the Brannon civil suit story to the media for months.)

We broke the story about Thom Tillis’ legislative actions and its ties to the clients of his in-laws’ Massachusetts law firm in January.  McClatchy’s Jim Morrill gave the info little more than a dismissive two-sentences buried in a mid-February story on the Senate race.  I still haven’t seen The N&O or Charlotte Observer dig into the beer wholesaler contributions or the movie studio contributions or the in-laws’ ties to the toll road consultants working the I-77 project Speaker Thom is so excited about.  But wait.  The little dog wasn’t finished:

It makes sense: Brannon is the little-known tea party challenger seeking to break his natural ceiling of support and Tillis is the perceived frontrunner, leading the money race and backed by the bigwigs in Washington.

The difference about the latest Brannon attack: Tillis’ camp responded. Campaign manager and spokesman Jordan Shaw had declined to comment on Brannon’s own troubles – a civil jury verdict that he misled investors, plagiarism on his campaign website and an unpaid tax bill – until now.

First, the shih-tzu neglects to mention that his beloved Public Policy Polling has Brannon TIED for the lead with Tillis.  (And we also don’t apparently want to talk about the Brannon straw poll victories — the latest in Moore,Davidson, and Durham counties — or the Brannon endorsements by FreedomWorks and senators Rand Paul and Mike Lee. )

Next — a property tax bill due in January that was paid in February counts as a scandal?  (Show of hands.  How many husbands and wives out there have slipped up on getting a bill paid on time because they thought the other was handling it?)

And let’s not forget ‘plagiarism.’  The shih-tzu declared months ago that the Brannon campaign had plagiarized the 2010 campaign web site of Kentucky senator Rand Paul. Never mind that Team Brannon and Team Paul had been close allies for some time.  Never mind that Paul had endorsed Brannon.  Never mind the possibility that Team Paul said “Hey, you’re trying to come up with a web site for your campaign.  Here, use what worked for us in 2010.”

Is it really plagiarism when someone says, ‘Here, use my stuff?’ Do Thom Tillis and Kay Hagan write all of their speeches and web site copy?  How often do drive-bys like the shih-tzu merely crib from press releases from lefty allies like Gerrick Brenner and Bob Hall?

Also — why is it that the shih-tzu, his master Mr. Drescher, and the rest of the evil empire at McClatchy REFUSE to interview Brannon’s co-defendant in the civil suit?  The guy has been willing to talk to anyone who will listen.  I found him, and so did Asheville radio host Pete Kaliner.  The shih-tzu wouldn’t have to travel far. Mr. Rice lives in the Raleigh area.  But that would be too much work. It’s so much more fun to sit on your cushioned dog bed in the newsroom and spit out falsehoods and exaggerations like “fraud conviction” and “misleading investors.”

13 thoughts on “#NCSEN: The shih-tzu shows his teeth”