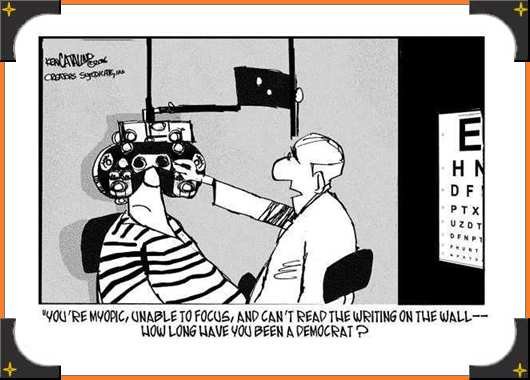 National political pundit Taegan Goddard devoted some column inches recently to “the dean of North Carolina politics” Rob Christensen.   Being called “the dean” isn’t necessarily suggesting excellence in your field.  It pretty much means that you are really old and have been doing the same thing for a very long time.  Howard Coble is “the dean” of the North Carolina congressional delegation.  Strom Thurmond WAS “the dean” of the US Senate.

Rob has built up a reputation over the years of seeing just what the Democrat / Raleigh establishment wanted him to “see.”  He never happened to see all of the monkey business perpetrated by the Jim Hunt, Marc Basnight, Jim Black and Mike Easley cabals.  Yet, he was all over fabricated and imagined scandals people were attempting to tie to Republicans Jesse Helms and Jim Martin.

RobRielleWho followed John Edwards around for eons while he ran for president.  He NEVER seemed to notice the blonde with the camera in Edwards’ entourage. 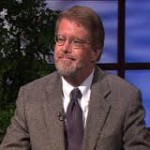 I bumped into Rob quite a bit during my days as a political reporter for a media outlet much smaller than The N&O.   I’ll never forget the time that Rob and I both covered a speech by then-Lt. Gov. Dennis Wicker at a Democrat Party dinner in Lumberton.  A Domino’s Pizza man showed up at the head table to deliver a pizza to the lieutenant governor.  We got some great pics of the event.  Rob never mentioned it.  Imagine if Dan Forest had a pizza delivered to him at the head table at a GOP dinner.

I’ll never forget scooping Rob on an event that he was present for and I WAS NOT.  My former boss, senator Jesse Helms, was speaking at a Republican gathering in Raleigh.  I was stuck back home in my newsroom.  I got advance word that Helms was going to call out then-congressman Charlie Rose (D-NC7) over some scandals that were plaguing him.  Helms and Rose had been going round and round trading barbs.

After the speech, Helms faxed me a copy of his speech.  Remember fax machines?  I wrote up a column highlighting Helms’ broadsides against Rose. 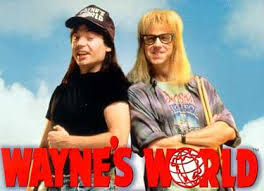 Shortly after our paper hit the streets, Rob called me on my newsroom extension.  “Were you there for the speech?,” he asked. “I didn’t see you.  I also didn’t hear this stuff about Rose. How did you get this?”

I told him, smugly: “I used to work for the man who gave the speech.  When he got done delivering the speech, he faxed me a copy of his speech, and called to confirm I got it.”

That comment was met with stunned silence on the other end of the phone. The next day, he put out a column reporting on the Helms comments and named my column as his source.  No mention of the fact that he was in the room, at the time of the speech, and missed the comments entirely.

Back to Goddard’s huddle with Rob, where the  “dean” dished out ” an in-depth look at Tar Heel State politics and the state’s key U.S. Senate race”: 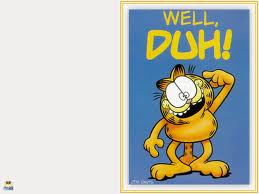 Really?  Well, neither is the stable of drive-by media political scribes in this state.  That market is dominated, sadly, by Rob, a shih-tzu, and another sleep-walking geriatric.

Let’s look back at the 2008 Democrat field that gave us Kay Hagan.  Her opponents in the primary were D.G. Martin — who I doubt could survive outside of state government — and some gay rights activist nobody outside of Chapel Hill had ever heard of.  At the time, ol’ Kay was a state senator little known outside of Jones Street and Greensboro.  At the time, nobody thought any of them had a prayer against the Dole juggernaut.

Greg Brannon was raised in poverty by a single mother.  He worked his butt off to pay his way through college and medical school.  He started a medical practice from scratch that has grown into a success.  He and his wife have raised seven very happy, healthy children. Brannon has led medical missions to Asia, Africa and Latin America.  He’s donated his time and professional talents many charitable endeavors domestically.  I see that as impressive.

Despite my disagreements with Thom Tillis, I see his background as impressive.  He also came from a lower-middle-class background and worked his way through school.  He had a successful career in the technology field and fought his way to one of the more senior posts in state government.

Mark Harris has devoted his life to ministering to others.  I am impressed with anyone who jumps into the ministry and devotes most of his/her energy to helping others — often at the expense of themselves and their relationship with their own families.

Heather Grant served her country admirably in the military.  She has bounced back from debilitating injuries to care for other sick and injured people as a nurse.

And what has Rob done? He’s taken up space in the N&O news room for decades — spitting out biased spin fed to him by folks on the port side, and missing stuff going on right in front of his face.  Impressive?  HA!

3. Here comes the outside money — lots of it.[…]  Christensen added that Democratic groups, fearing the idea of the GOP nominating the establishment candidate Tillis, are actually trying to do in North Carolina what they did in Missouri in 2012 — run ads that undermine the GOP’s establishment favored pick. The idea is to get a more gaffe-prone, farther-right candidate such as Brannon nominated instead, just as former Rep. Todd Akin (R-Mo.) got the GOP nomination against Sen. Claire McCaskill (D-Mo.), Christensen said.

Oh, this one is wrong on so many levels. What was done in Missouri?  McCaskill attacked Akin — the Karl Rove candidate — during the GOP primary in order to build up his conservative street cred and get him nominated.  She didn’t attack Akin with the hope of getting one of the others in the GOP field nominated.  Also, a recent poll showed that 68 percent of Democrats would actually like to see Hagan face Tillis in November.

Rob is predicting an Ellmers-Akin general election.  We live in the midst of Ellmers’ district.  It looks tough — right now — for Ellmers to escape Frank Roche and the primary.  It’s also looking tough for Aiken to escape the Democrat primary against Randolph County’s Keith Crisco, who served as Bev Perdue’s commerce secretary and has a lot of respect from area Republicans.

5. Don’t underestimate the power of the Clintons in North Carolina.

What ????   Bill Clinton lost this state TWICE.  TWICE!  His “popularity” doesn’t extend much further beyond the dwindling yellow-dog Democrat strongholds of Asheville, Chapel Hill, Durham, Robeson County and the like. The polls show a desperate desire to send Kay Hagan packing.  Kay Hagan bringing Hillary the she-devil in to campaign for her would merely inflame those passions.