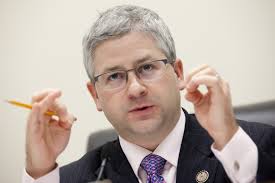 Alabama senator Jeff Sessions is putting in a yeoman’s effort trying to derail the GOP cave-in on amnesty for illegal aliens. Sessions has been at the forefront of a grassroots campaign to kill GOP House leaders’ efforts to “get something done” on amnesty.

It’s a shame that North Carolina Republican congressman Patrick McHenry — newly elevated to the deputy whip position —  is in the midst of the Republican sell-out in the House:

House Republicans had promised it for weeks: When they gathered for their annual policy retreat, they’d tell you their immigration policy. A front-page Tuesday scoop in the New York Timesclaimed they’d call “for a path to legal status – but not citizenship – for many of the 11 million adult immigrants who are in the country illegally.”

Drive-by media reports indicate that this is all part of the Republican establishment’s master plan for gliding into complete control of Capitol Hill at the end of the year:

With the House locked up, Republicans see 2014 as a chance to take the Senate. If they win the upper chamber, they will pass their own bills and dare a lame-duck Barack Obama to veto them. If Obama’s spending his last two years on defense, Republicans can then concentrate on winning the White House.

That’s where immigration reform comes in, and where a companion plan for an Obamacare “replacement” follows. The Republican Party and (especially) the Congress remain far less popular than the president—not a problem for 2014, given the electoral map, but quite a problem for 2016. And so, in Cambridge, the party’s leaders and more loyal backbenchers moved in and out of the conference’s press room to sell their evolution from “opposition” to “alternative.”

*Oh, we’re not going to rob you as bad as the Democrats will.  We’re only going to take HALF of the money in your wallet.* MORE:

As “messaging,” it seemed to work. The Capitol Hill press corps was joined by a larger-than-usual contingent of Spanish-language media, asking Republicans to commit to do something or other by the end of the year. None of them said no.

“It’s something we’ve got to take up and work on,” said Walden.

“I think it’s time to deal with it,” said Speaker of the House John Boehner.

Apparently, the geniuses in the GOP see giving Obama and Schumer what they want as a way to ensure a GOP victory in 2016.  Know any Californians?  Ask them how well stuff like this worked for them when they tried it in the 90s.  (Shortly afterward, the state GOP — and the state economy — basically got wiped out.)

According to the Obama administration, we’ve already got at least 1200 of the recent border crossers imported into North Carolina.  More are to follow, I am sure.  There’s little to no screening for criminal backgrounds or health issues.  These illegals are not people who are going to fill out tax forms and jump right into the workforce.  Most all of them will add to our already overwhelming population trapped in the perpetual cycle of dependency in our welfare state.