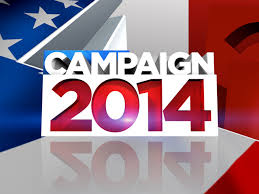 Human Events, a longtime flagship publication of the American conservative movement, has partnered with Gravis Marketing to take the political temperature in The Tar Heel State.  They conducted a poll of 1,380 registered voters between July 22 and July 27. (There’s a 3 percent margin of error. )

The survey finds Democrat Kay Hagan leading Republican Thom Tillis in the US Senate race by a margin of 44 percent to 41 percent, with 15 percent “undecided.”  You have to wonder how credible this poll is — given that  a Libertarian will be on the ballot, and that there will be three write-in candidates.

5 thoughts on “#NCSEN: ANOTHER poll (this time from conservatives) showing slim Hagan lead”