Folks in flyover country are ANGRY.  Raleigh knows it.  And, apparently, DC has figured it out, too. The GOP-controlled House pushed through a bill they claimed repealed ObamaCare and defunded Planned Parenthood.  Never mind that a big chunk of Republicans JUST voted for an omnibus bill that funded ALL of that.

Yessirree.  We’ve got folks like Renee Ellmers — who said ”absolutely not” to joining Ted Cruz’s ObamaCare defund effort — and Robert Pittenger — who famously told Chuck Suter on video that he would not fight the implementation of ObamaCare  — NOW voting like good Tea Party boys-and-girls.  It’s A-MAZING what  facing the voters in a tough primary season will do. 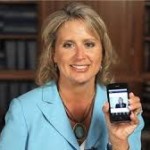 ngressman Y for “voting to repeal ObamaCare and defund Planned Parenthood.”  Never mind that this crowd told all of us to go pound sand when we were a lot further away from election time.

Other than the approaching primaries, WHAT has changed?  We were told it was a waste of time to vote on bills like this because Obama would just veto them. Well, he’s still here.

They’ve waited so long that ObamaCare has deeply woven itself into our society and economy.  It’s already done a lot of damage.

This will go nowhere, and it really wasn’t ever ,meant to.  It’s a show vote for the benefit of the voters back home. At least one candidate here in North Carolina — Republican Mark Otto in the Seventh Congressional District race — has recognized this for what it truly is:

“Today’s action is simply another ruse by Congressman Rouzer to trick voters and obscure the fact that he voted to fund abortion provider Planned Parenthood and Obamacare just weeks ago, before I announced my candidacy.  Facing the ire of voters, he is now in full damage control mode and has pulled a John Kerry, flip-flopping his position.  He must think voters are stupid. 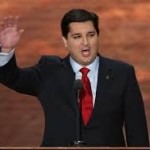 This is another example of trickery and politics as usual in Washington.  Congressman Rouzer had the perfect opportunity to prevent funding for America’s biggest abortion provider just weeks ago but instead he voted to give them $450 million of taxpayer funds.  The same holds true for Obamacare.  The congressional record proves that Congressman Rouzer was for funding Planned Parenthood and Obamacare before he was against it, and before he knew that a consistently conservative candidate would emerge to challenge him in March’s Primary Election.

It is a shameful display of typical Washington shenanigans designed for Congressman Rouzer to claim he voted against abortion provider Planned Parenthood and Obamacare when, in fact, he already voted to fund them just days before Christmas.  What nonsense pretending now he is going to take those funds back.