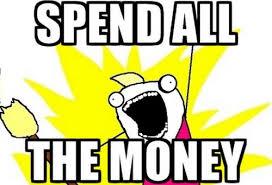 Contrary to the prurient desires of The Gay News & Observer, HB2 is not being seen as the big fight in the GOP-dominated General Assembly during this short session.  John Hood, the wisest man within the topographical boundaries of Wake County, informed us this weekend via television that we can expect a BUDGET SURPLUS.

The state Senate, led by arguably the most powerful man in state government – Phil Berger, esq., is in favor of tax reform.  The governor and the House hollered last time around about how we don’t need any more tax cuts or tax reform.  They said we need to keep things as they were, and keep spending.  Well, we got some tax reform, and the state saw a revenue bounce that gave us this wonderful blessed BUDGET SURPLUS.   The whole supply-side argument has been proven correct.  Cutting tax 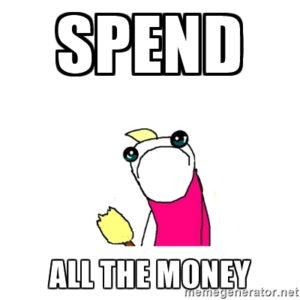 The House and the governor have their eyes on pay raises for state employees and teachers.  Right now, it’s being looked at as an either-or premise.  Teachers make up a bigger bloc of voters than do other, run-of-the-mill state employees.  It’s an election year.  And the governor is looking for votes.

It can be said that tax cuts are essentially a pay raise — more money goes into workers’ pockets.  But cynics look at it all politically:  a raise, extra monetary appropriations,  is more substantive — something you can actually see and touch — than a tax cut.

But this is where the drama will take place.  We may see a little of both.  Or we may get all of one or all of the other.  Stay tuned.