The Gay News & Observer and its buddies in the Gay News Network gave us all kinds of great headlines about anti-HB2 petitions and pictures of anti-HB2 activists carrying all of these boxes allegedly filled with petitions.

Well, Team McCrory has done for the public what the drivebys SHOULD have been doing:

The anonymously-funded, national smear campaign led by the Human Rights Campaign is grossly misrepresenting information about the petitions delivered to State Capitol today. Contrary to the media reports, the activists only delivered enough petitions to fill two boxes and the overwhelming majority of signatures were from out-of-state.[…]

OK, HERE is what we were all shown on the driveby media: 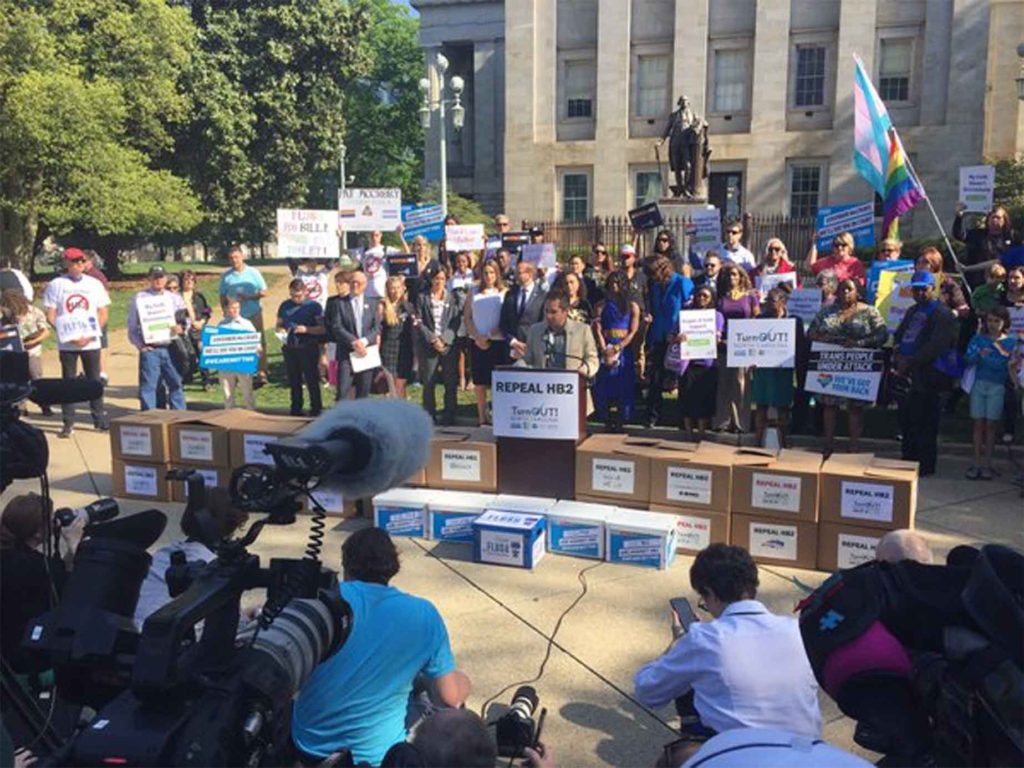 Gosh, look at all of the boxes reportedly loaded with petitions allegedly signed by North Carolinians seeking the overturn of HB2.  Okay, now here is a photo of what actually got delivered to the governor’s staff: 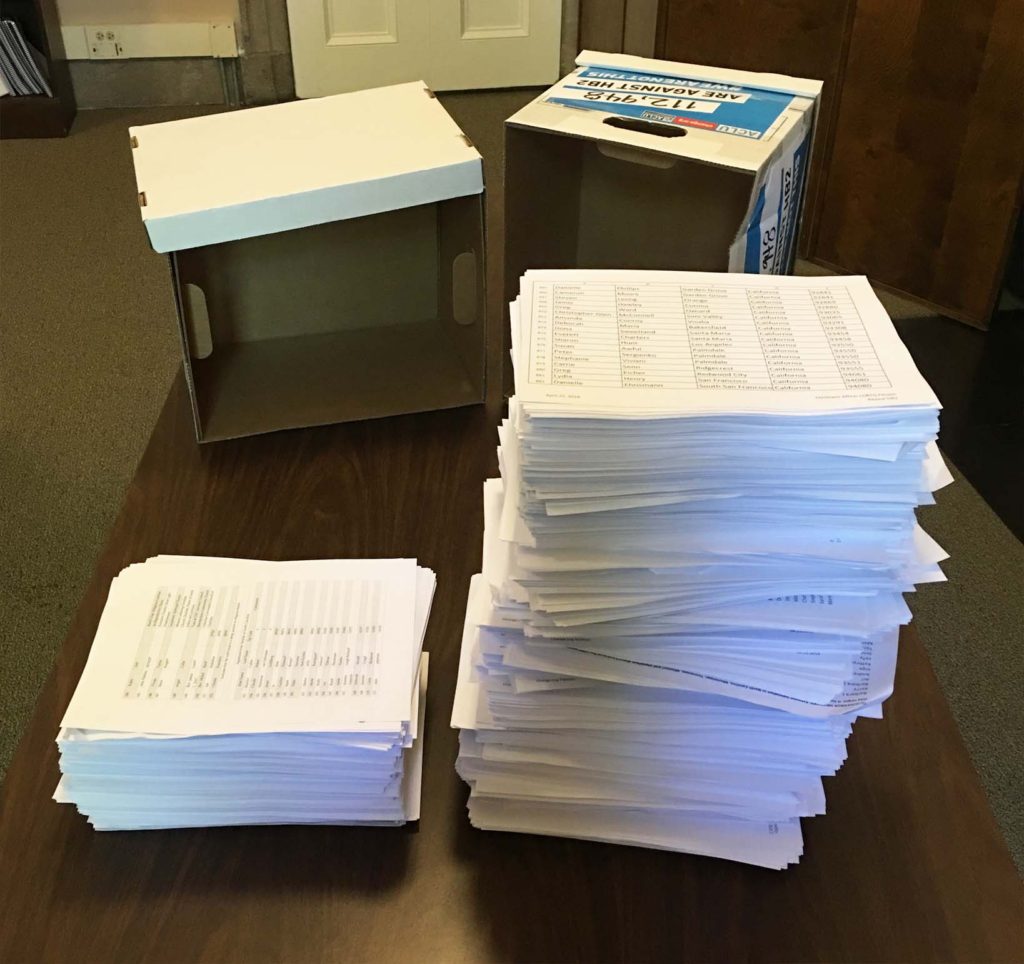 That’s right.  TWO BOXES.  There were a lot more in the photo of the press conference, weren’t there?  (Oh, and the stack on the right consists of the petitions signed by out-of-state folks. On the left, appropriately, are the in-staters.)

Next time around, the drivebys OUGHT to ask that famous question Brad Pitt asked in the last scene of that movie.