There has been a lot of heated back-and-forth in the nascent GOP primary for a vacant NC House seat in the Wilmington area. Conservative 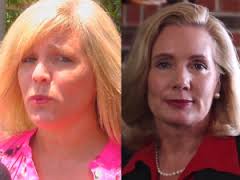 activist and New Hanover school board member Tammy Covil has tied her potential opponent’s business to Sidney Blumenthal, Hillary Clinton and the Benghazi scandal.  Covil’s opponent, Holly Grange, has countered by accusing Covil of slamming her service to the country and of being “negative.”

Well,  I came across a piece by Eli Lake — one of the best writers on national security and foreign affairs there is — about the congressional probe into Benghazi that mentions Grange’s husband and their family business:

When Hillary Clinton testifies this week before the House Select Committee on Benghazi, expect Republicans to focus on her old friend, Sidney Blumenthal.

The chairman of the Benghazi committee, Trey Gowdy, alleges that in the run-up to President Obama’s intervention in Libya in 2011, Blumenthal was encouraging Clinton to support the war that he might personally profit from.

Recently released e-mails do show that Blumenthal was advocating in this period for a U.S. military contractor that sought business with the government that replaced the dictator, Muammar Qaddafi. But that contract was never signed. The contractor even lost money trying to win that business.

Blumenthal himself may have overstated his connections to the Libyan officials who would take power after Qaddafi fell. A lawyer who represented Libya’s transitional government in Washington at the time, David Tafuri, told me he didn’t recall running into Blumenthal in this period.

If Gowdy’s portrait is accurate and Blumenthal was trying to be a war profiteer, it appears he wasn’t a very good one.

Blumenthal did not respond to an e-mail request for an interview. 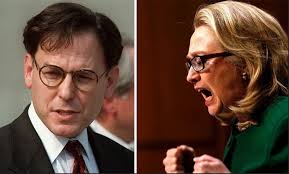 Gowdy’s allegations stem from Blumenthal’s connection to Osprey Global Solutions, a military contractor that sought to build field hospitals in Libya during the 2011 revolution and train the country’s national police after the fall of Libya’s dictator. According to e-mails received by the committee in late September, Blumenthal promoted Osprey to Clinton in a July 14, 2011, memo to prep her for an upcoming meeting with the transitional Libyan government’s ambassador to the United Arab Emirates.

The memo touts Osprey’s founder and chief executive, retired General David Grange, as the man who can help whip Libya’s opposition — the Transitional National Council, or TNC — into shape so it can take Tripoli. Blumenthal wrote that Grange’s company would provide direct training for Libyan fighters without the U.S. military having to be on the ground. “This is a private contract. It does not involve NATO. It puts Americans in a central role without being direct battle combatants,” Blumenthal wrote. “The TNC wants to demonstrate they are pro-US. They see this as a significant way to do that.”

So, Hillary’s very own Rasputin was touting the Granges and their company. Wonder why? Let’s read on:

Grange told me last week that he met Blumenthal only once, after being approached by Bill White, the chief executive of the consulting firm Constellations Group, to gauge his interest in doing business with the post-Qaddafi government in Libya. Constellations Group specializes in connecting people. In a 2013 interview, White said he helped put together the sale of Blackwater — the military contractor that became a target of Democrats during the George W. Bush presidency — to Academi. Grange said his understanding was that if he won any contracts in Libya, Constellations Group would get a percentage of the revenue as a finder’s fee. He did not know what Blumenthal’s relationship was with Constellations Group. “At that time I didn’t know if Blumenthal was doing this as a favor for Bill or if he was getting paid,” Grange told me. “I had no idea.” 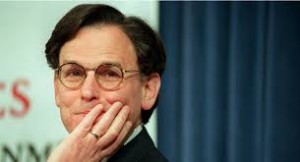 Blumenthal’s memo to Clinton also misstated Grange’s experience. Blumenthal wrote that Grange had helped devise the plan for U.S. Special Forces to take Baghdad in 2003. Grange told me that he was already retired from the Army by then and had nothing to do with the operation.

Blumenthal has said he never profited from his work for Osprey. In June following his closed testimony to the committee, he said the Osprey venture was one “in which I had little involvement, [that] [n]ever got off the ground, in which no money was ever exchanged, no favor sought and which had nothing to do with my sending these emails.”

But the July 14 memo from Blumenthal to Clinton says that he and two associates “acted as honest brokers, putting this arrangement together through a series of connections, linking the Libyans to Osprey and keeping it moving.”

Republicans on the committee tell me that they will be calling Blumenthal back soon to clarify answers he provided to the committee in June.

The irony is that Republicans are sounding a lot like the Democrats of 10 years ago, who accused some Republicans of seeking to profit from the war President Bush waged in Iraq.

But there is an important difference. In Iraq, the U.S. invested hundreds of billions of dollars to rebuild the country after the dictator fell, and many American companies like Halliburton profited from this nation building. In the case of Libya, Obama lost interest after Qaddafi’s regime fell and never committed the resources to keep the country together after the dictator was gone.

That decision was likely one reason Osprey never won the contract that Blumenthal tried to set up. That decision also lies at the heart of the Benghazi committee’s mandate: President Obama allowed Libya to descend into a state so chaotic that terrorists could murder a U.S. ambassador and three other Americans only a year after the nation’s liberation.

So, it appears pretty obvious that Team Covil didn’t make this up out of thin air.

3 thoughts on “#ncga: More on Osprey, The Granges, and Sidney Blumenthal”