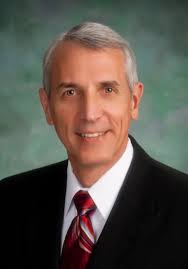 Republicans are gathering Thursday in Asheboro to pick a new Conference Chairman to replace the recently-resigned Charles Jeter.  The conference chairman is the chief political officer of the Republican caucus — managing the PR, messaging, fundraising, candidate recruitment and all other things political for House Republicans.

Cumberland County’s John Szoka — well known as a staunch loyalist to the ruling Moore-Lewis-Dollar troika and a foot soldier for Big Solar — is apparently ”passing around his resumé” on the eve of the big caucus vote.

According to the American Conservative Union, Jeter was the most liberal member of the House Republican caucus for 2015.   For 2016, Civitas Action had ranked Jeter’s conservatism at 66.7 on a scale of 100.  In terms of “conservative effectiveness,” he fell in at about 56th of out a possible 120.

To give you some perspective on these rankings, let’s look at William Brisson — arguably the most conservative Democrat in the House.   They have him TIED EXACTLY with Szoka for 2016.

Other than Jimmy Dixon — who, I remind you, told us that he really, really really is not interested in the job — Szoka is the only name I’ve heard.  If Republicans tap Szoka to fill this high-ranking influential post in their chamber, it tells me that conservatism, and adherence to the philosophy of limited government, no longer matters in Jones Street’s lower chamber.  It’s all about loyalty to the troika. And jumping when Big Solar says JUMP.