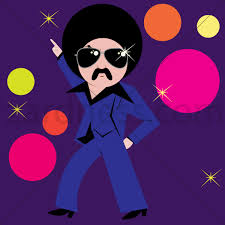 Folks on Jones Street, who talk to us, say that the Senate has been pitching offers to House leadership on the budget.  But those have been met with cricket sounds. I am hearing that Senate leaders are seriously considering picking up their marbles and going home.  What are the consequences of such an action?  State government operating for the next year on the same budget as last year.  (Which, by the way, is a lot more conservative than what is being batted back and forth behind closed doors now.)

I am also hearing of a sizable, growing internal revolt within the House Republican caucus over the budget being pushed by leadership.  Sources tell me that a letter — endorsed by nearly half of House Republicans — has been sent to Speaker Tim Moore and his lieutenants objecting to a number of very specific items in the proposed House budget.  I am told that the letter’s endorsers — currently being kept secret from House leaders — are pledging to NOT support the proposed budget unless this wasteful

I am also told that Moore is furious over the letter’s very existence, and has shared it with his top lieutenants — David Lewis and Nelson Dollar — to disseminate to friendly lobbyists.  The mission?  Find out who these “rebels” are, and get them to play ball.

McClatchy is giving Moore a lot of love for his work with Democrats.   When the elected leader of a GOP super-majority is backing all kinds of spending and regulation, the Democrats would be crazy not to run to him and play ball.

But Moore’s footsy with the jackass-worshippers is a real disservice to all kinds of voters from Murphy to Manteo who pulled the GOP lever with the hope that Moore and his team would provide something different from the Donkeys.  We didn’t vote Republican just to see Republicans join hands and sing kumbaya with the same crowd that drove our economy into the ditch.