The stenographers are fawning over Queen Hillary again.  Check out this Wall Street Journal headline:

Wow.  *That sounds kind of nice.* College is going to be free, now?  Wait, before we get too excited now, let’s check out the sub-head for this story:

Plan, which would cost $350 billion over 10 years, is way for Democratic front-runner to woo young voters and provides ammunition against surging Bernie Sanders

As I’ve mentioned many times before, I’ve had some experience teaching at the college level.  I see a real difference between the work ethic of students

Homeowners tend to take better care of their residences than do people living for free in government housing.  Our kids tend to take better care of stuff they buy with money they earned than they do with stuff we bought them.  Habitat for Humanity has figured out this skin-in-the-game thing.  Recipients of those houses are required to work on the construction crew and take on SOME of the financial burden of paying for the finished home.

Going to college on a government grant is like gambling in a casino with someone else’s money.  If you screw up, it’s no big deal to YOU.

Instead of another freebie handout, why not look at ways to cut costs for colleges so they can charge students less?   Textbooks in pdf format, as opposed to hard copy limited-run books.  More facilities-sharing (among local colleges, or even with local K-12 schools).  More online courses.  (No need to pay for lights or heating and air for those class sessions.) Cutting out nonsense in the curriculum that does nothing 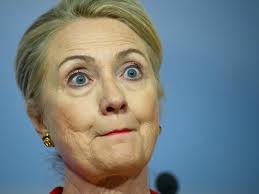 One of the worst kept secrets out there:  government intervention always makes things more expensive. (ObamaCare was never going to make health care more affordable.) The cost of education has sky-rocketed through the years as government’s involvement in education has increased.

If you want to make higher education more affordable, it needs to start with the ivory tower crowd doing some real introspection, soul-searching, and belt-tightening.  Hillary handing out more imaginary money that we don’t have is not going to solve the overall, long-term problem.  Tie institutional funding to some real-life benchmark. Ensure that folks going through higher education have some “skin in the game” as opposed to some “student loan” or government grant they simply can blow off if and when they get bored.